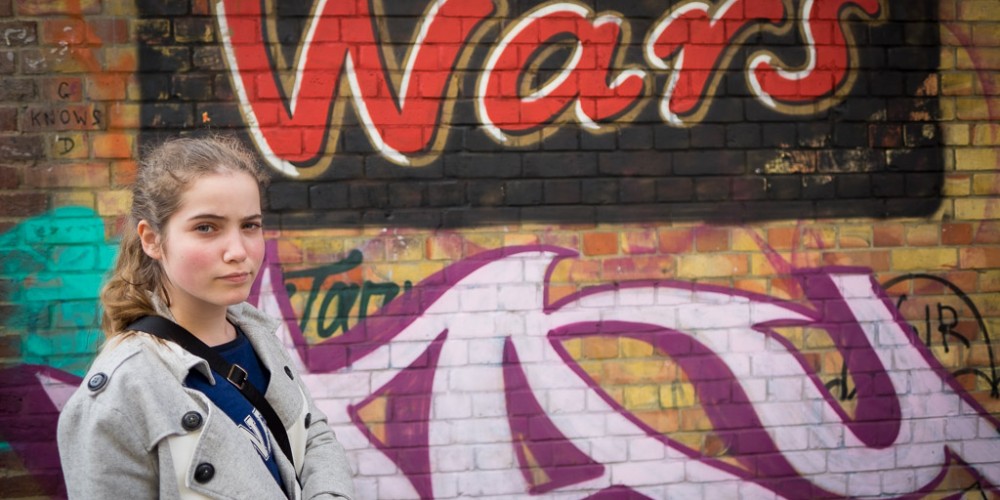 Long time I thought about and I also discussed with my parents, whether I should mention this topic here, or if it is nothing for a blog of a 13-year-old.

But I think, I, as a 13-year-old, also have the right and maybe also a kind of duty to say something about the situation in Germany. This also belongs to growing up.

You may have guessed now. I think, this is a topic everybody is talking about. And it doesn’t stop in front of us kids! Logical, right? It’s our homeland.

It’s no secret that I love to travel. It’s so interesting to see new countries and to get to know new cultures. I like trying new dishes and love, when people speak many languages.

It’s my homeland, there is my family, there are my friends and don’t forget: There are always waiting two kittens for me. By the way they are also multicultural. The daddy is a Norwegian Forest Cat and the Mummy is a British Shorthair Cat, but back to the topic of refugees.

As a child you may see things different to the adults and I think, some problems should be seen from the view of kids, too. A bit more impartial. You know, what I mean.

Us Kids can tell our wishes and fears freely, without being judged.

And that’s fine. But also adults have fears and worries and they also should be able to speak about them, without justifying theirselves.

Talking is helping! You adults taught us to do so and I’ve also discovered this.

You are talking about a problem honestly and frankly and at the end it got solved, or it gets smaller and solvable. But at the moment it is completely different in our country.

On the one hand we have the people, who scream loudly „All Refugees welcome“ and the people on the other hand don’t want to help anybody? Is it like this? Is really everybody, who is criticizing the permanently increasing refugee stream, suddenly someone who despises humans or a Nazi?

I am a child and I can say, what I am thinking about, right?

I think that „We will safe all refugees!“ is absolutely arrogant and dangerous, no country will be able to do this alone.

Also Germany needs help for this! With some donations and selfmade signs we aren’t able to solve this problem.

And when we promise high standards to the refugees, it has to be clear, that we can make it. And we only can do this together.

And in addition I also think,, that we have to help those, who need it most, first. And this has to be clear. Help these people, who really don’t have any other solution than fleeing.

Solidarity has to exist amongst refugees, too.

And I wish honesty. Honesty in both directions, because wrong numbers and kept secret facts leave space for false information and fear.

This, what happens in Dresden, is terrible. But the most horrible thing there is the division of people, that either or.

All these demonstrations and against-demonstrations are so expensive. This money, which is needed somewhere else. Making statements is also possible at other points. We don’t need to fight for this.

The radicalization is frightening me and it’s on both sides.

Friendships have to go through hard time, because one is taking part in that demonstrations and the other one not. It’s nonsense and gives the power into the wrong hands.

And that’s how I mean between.

Why can’t we be the between?

I read somewhere, that the Central Park in New York is so important, because it’s kind of a buffer zone for many people. That they won’t go mad, that they can relax, find theirselves, forget worries and so on. There would be much more crime and aggression without it.

So let’s be a Central Park, so that we can get power for the exercises we get.

Last week we had some project days about refugees at school and there I also noticed some things, which were strange.

On one day some students were with us, who wanted to talk about refugees and racism with us. They didn’t reported anything, what we hadn’t known yet from the media and the questions, which we asked, were mainly answered evasive. At the end of the lesson they gave around a list and we also had to give them our adresses. When we asked why, they only answered, they would need for the billing.

We all were a bit confused. Wherefore? Nobody learned something in this lesson. The money would be used more useful when it would be spend on the refugees directly, wouldn’t it?

At the next there was a really cool  thing with three young Africans from Uganda, Ghana and the Democratic Republic of  Congo, who introduced us to their culture and music.

We drummed, sang and danced together.

And laughed together a lot. It was so great for us all and it was much more worth the time than the lesson with the students yesterday.

Oh, one thing was also unnecessary: The project was guided by a German man, who introduced us into at the beginning and then explained, that there are three finished opinions about the refugees in Germany. One of the civils, who want to help, than the people, who aren’t sure yet and those, who are completely against it. Ok! Is this right, yeah?

We were forced to choose one group, which represented our opinion, and then we had to raise our hand.

Also in his introduction he talked about groups or sides and the questions: On which side are you?

The young Africans didn’t care, they had fun with us and we with them.

They also explained, that they didn’t come to Germany, to live from social help or similar things. They want to work here and maybe get back home some time and then they will help to build up their homeland again.

I think, this was the best project day and that’s how I want Germany to be. A big, happy togetherness and everybody has to do something, so that our society will develop. Everybody! All about togetherness. And therefore we also need certain rules. And those have to be kept. By everybody!

Violence, crime and offences, no matter who committed them, is wrong and there is excuse for. Never!

P.S. I just needed to write this post, because it was important to me. An of course I am excited for your opinion and comments.

Because it’s a very hard topic, I want to say first, that fights and radical comments mustn’t be on my blog.

Who didn’t want to be the Central Park, should look for another platform or gets out for a nice autumn walk.