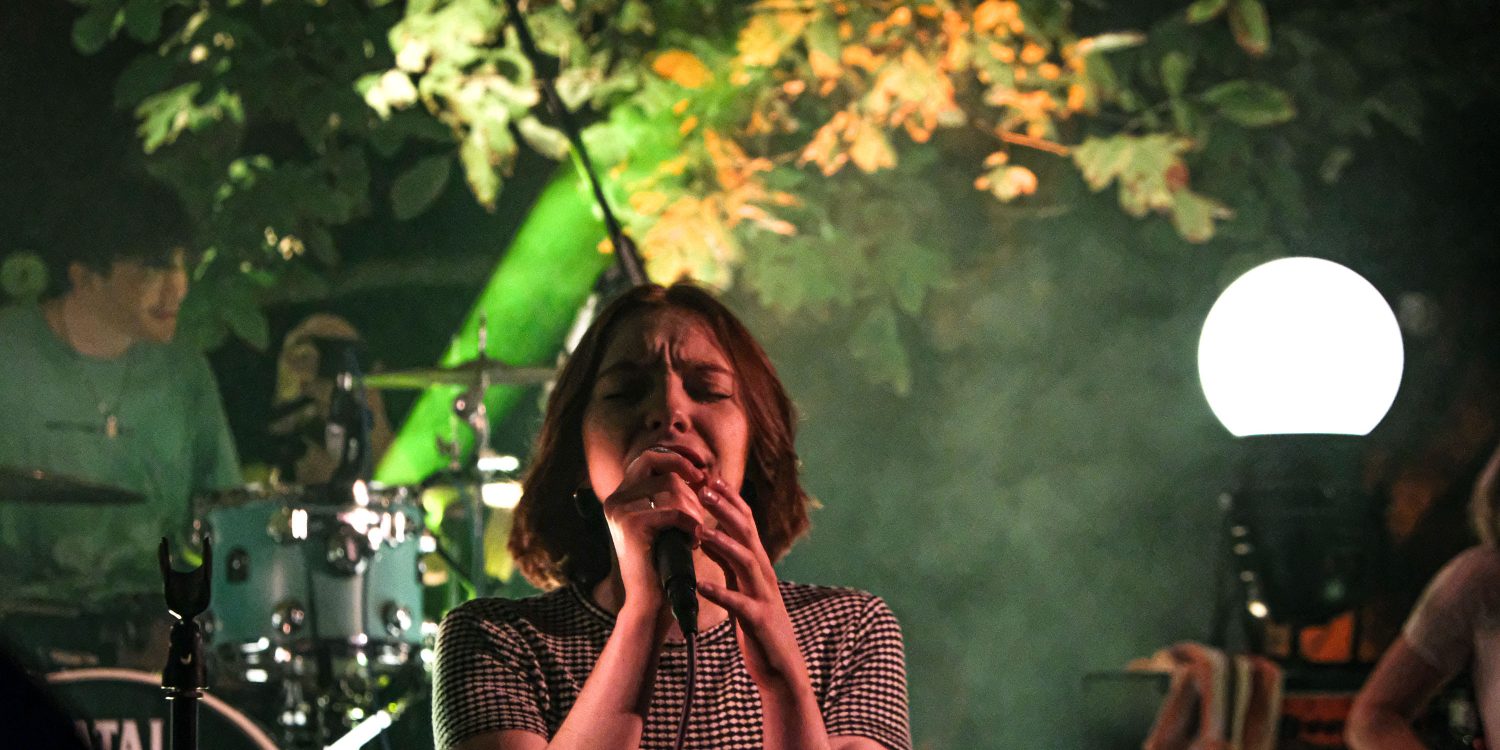 Do you know that feeling when you go to a concert and you like it so much that you can still remember the smallest details, even weeks after it actually happened? That’s exactly how I feel about the garden concert with „Sophie And The Giants„, which was on 22 September 2019. It has already been a few weeks since I went to the last open-air event from Wohnzimmerkonzerte Magdeburg. But my impressions and memories are still as vibrant as they were right after the concert.

Again, the evening, organised by the wonderful people from Wohnzimmerkonzerte Magdeburg, was filled with fantastic music and a beautiful atmosphere. Surrounded by great people, a great location and great vibes everybody focused on the British Pop tunes by Sophie And The Giants. A perfect Sunday night, just like I would love to have it every single week. 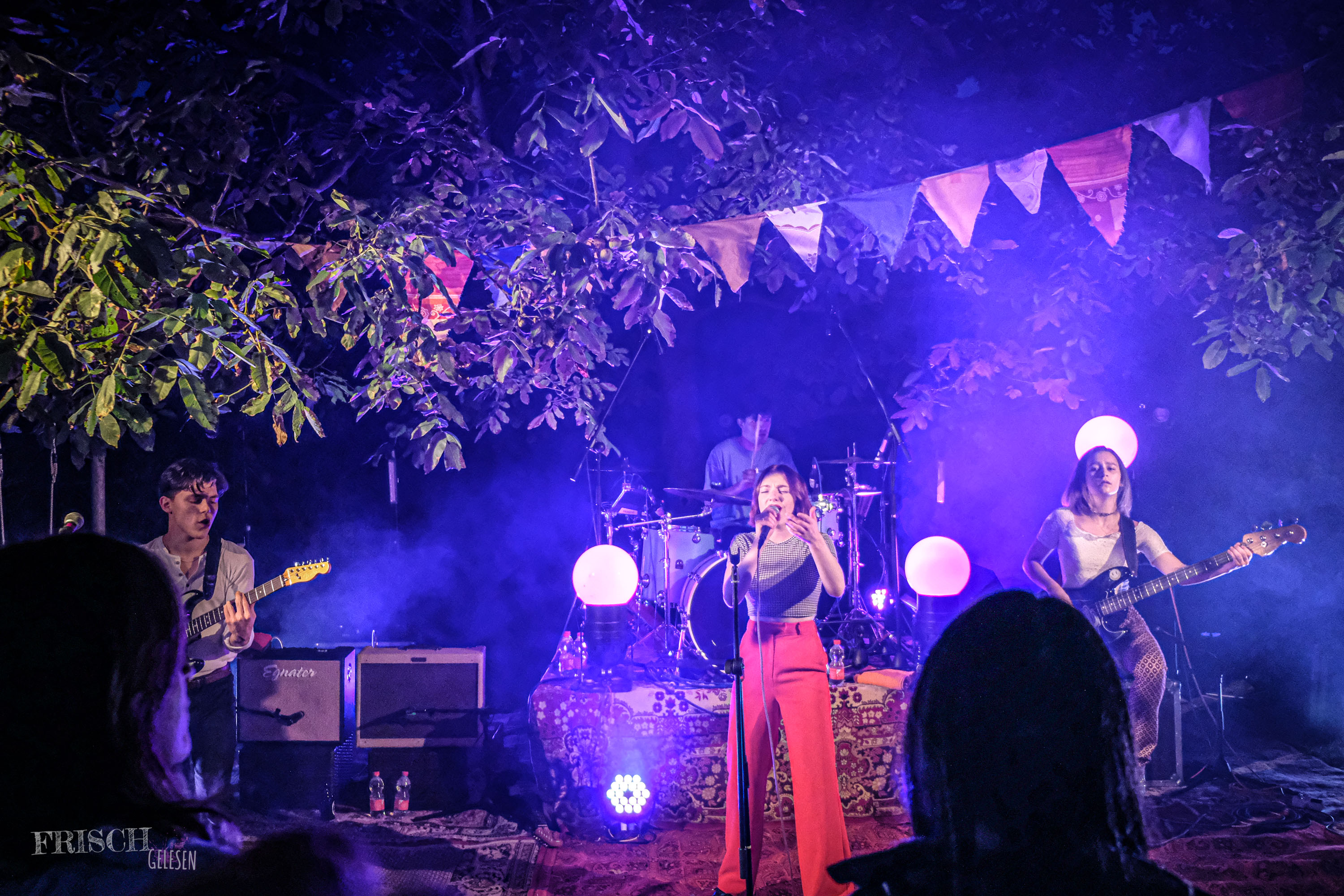 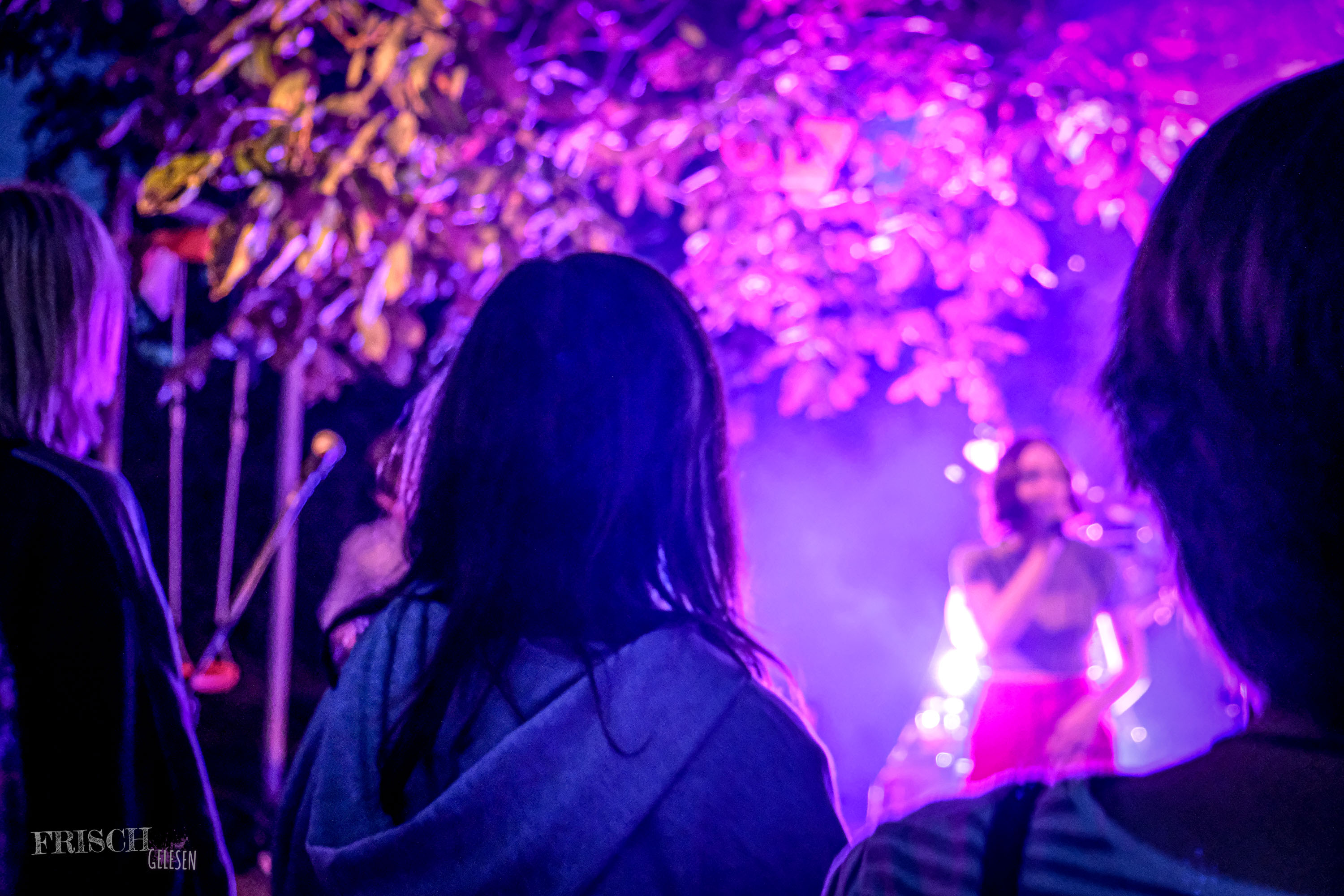 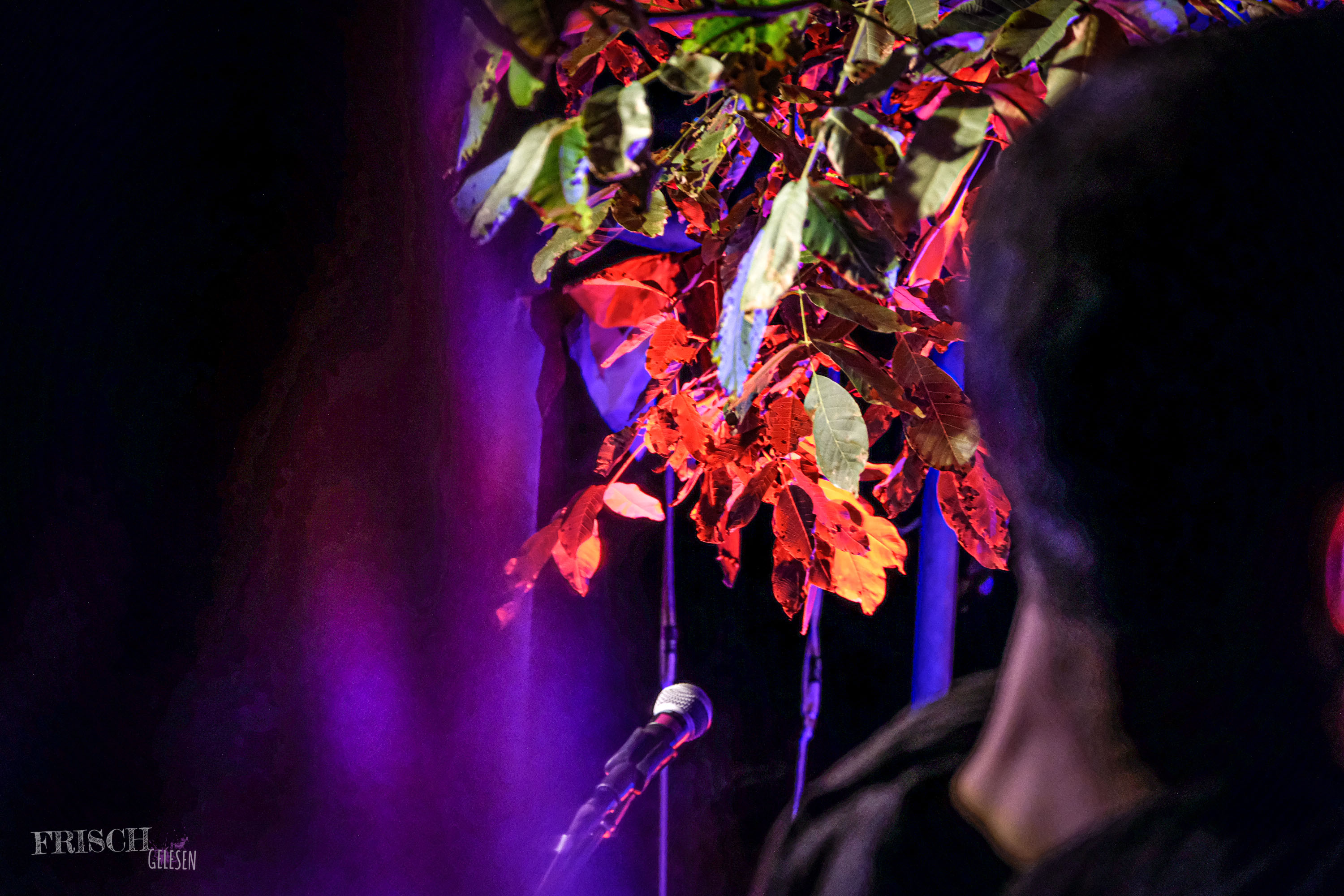 Already weeks before it I was so excited to go to that concert, especially when the visiting artist was announced. I have already heard about Sophie And The Giants during my year in England and I have listened to a few songs with friends. I really liked what I had heard by those four Brits from Sheffield there and when I had the opportunity to listen to them here in my hometown I fell in love again with their powerful, energetic Indie-Pop tunes, which convince with a complete package of danceable catchy tunes and deep lyrics. 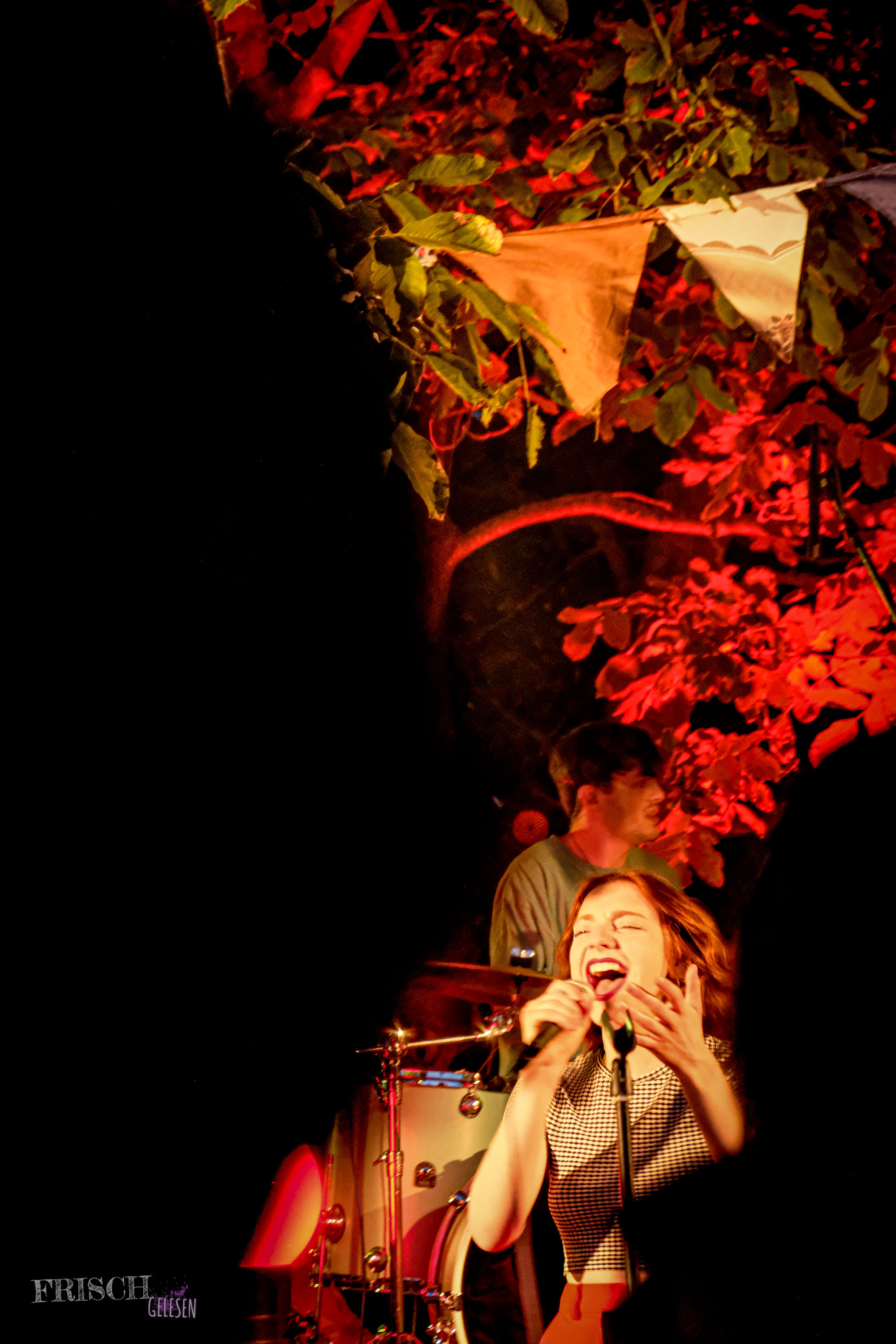 During the concert people danced and partied, in front and on stage. I love it, when musicians show how much fun they have playing their music and pass that feeling on to the audience. No leg was standing still anymore between the colourful rays of light and everybody was happy. I was surrounded by smiling faces, which moved with the beat of the dynamic tracks, in front of me the crowd was dancing, completely taken by the music. It makes me so happy to be surrounded by happy people und to spend such a wonderful evening together with those. 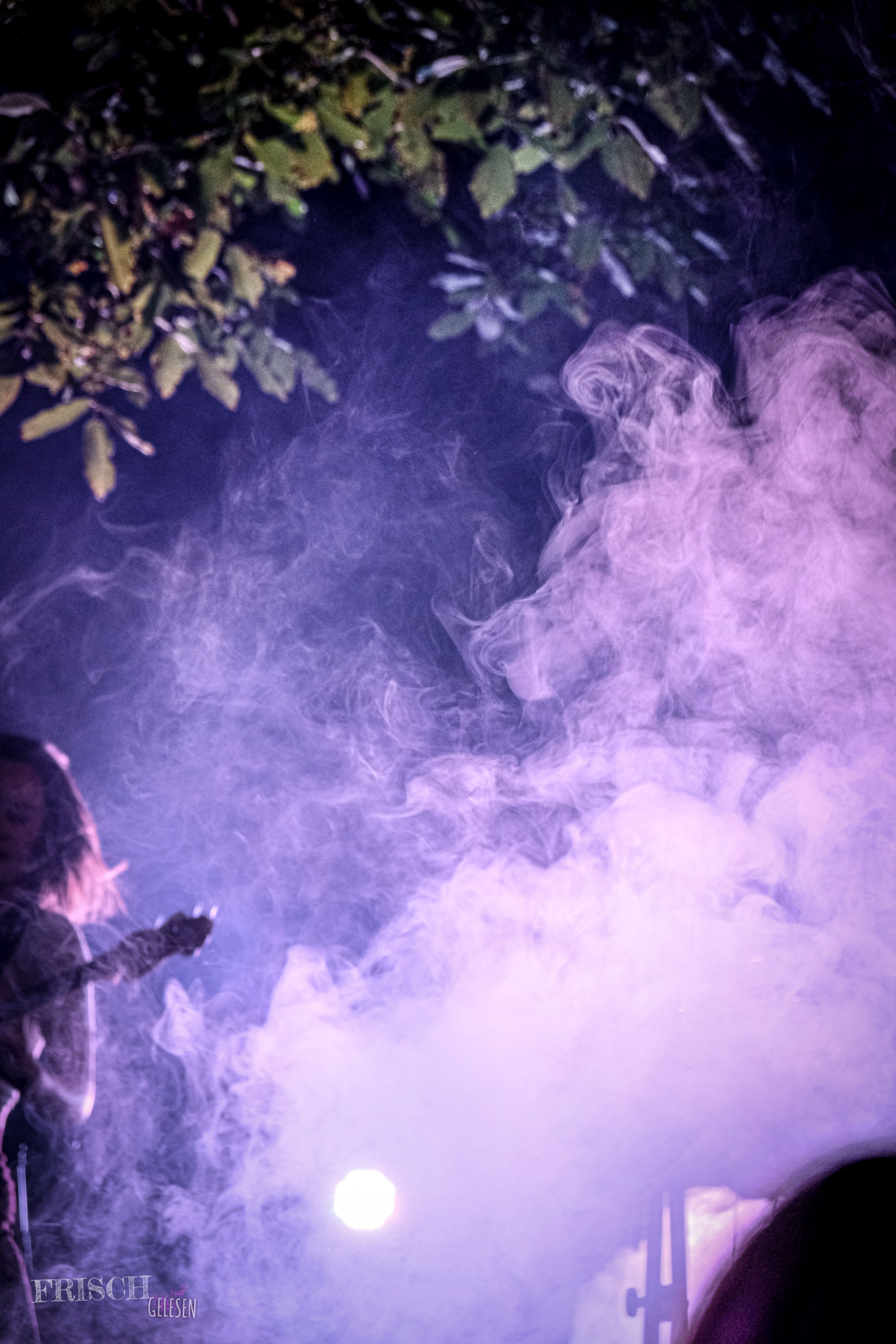 After the concert was over everybody was a bit sad, obviously. I think most could have gone on dancing and listening for hours because the music by Sophie And The Giants invigorates and gives energy. Also the lyrics are cheering, encouraging and urge to show how great and strong you are. Songs like „The Light„, „Bulldog“ or „Break The Silence“ transfer the audience directly into the world of Sophie And The Giants. 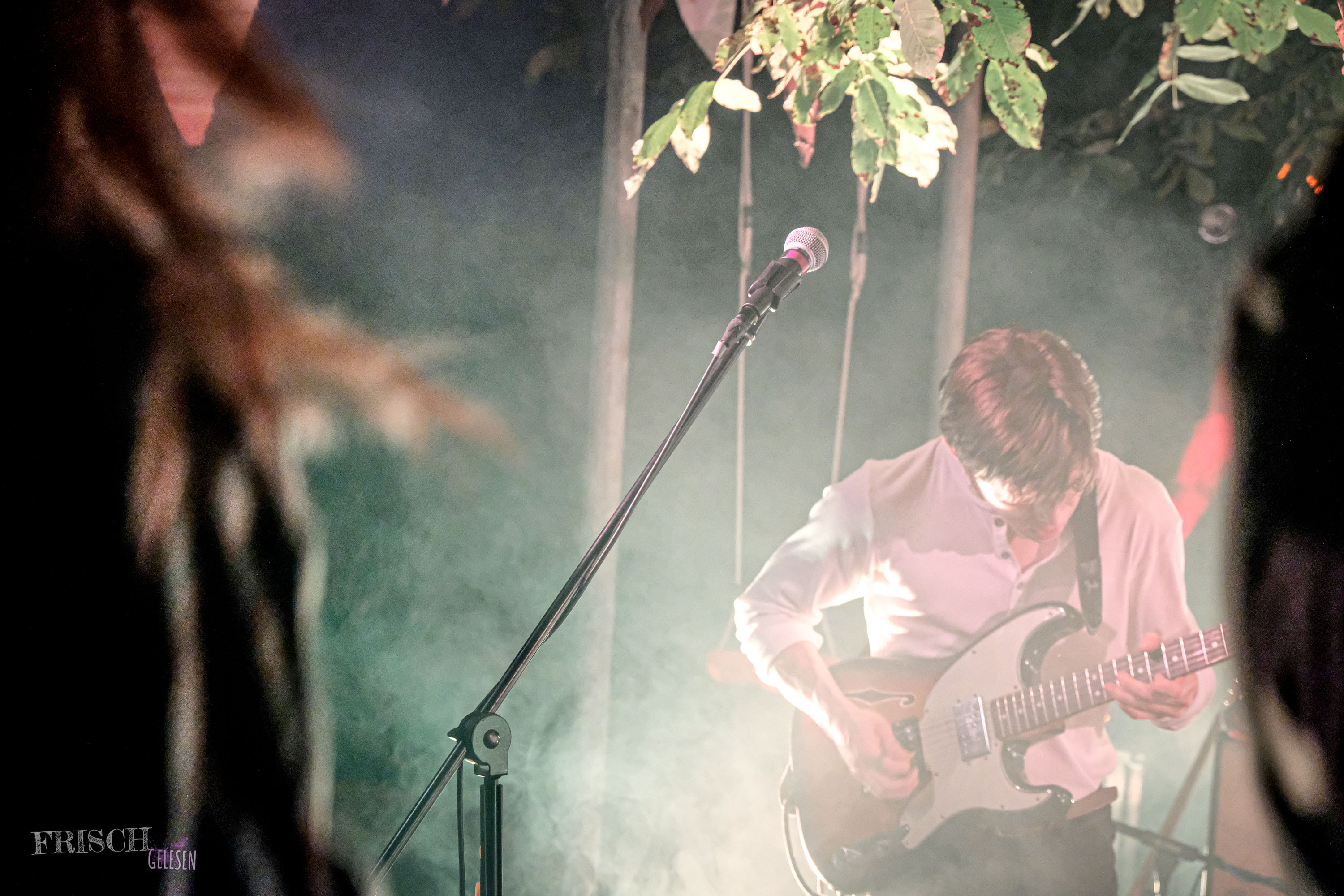 Between all the bustle I got the opportunity to talk to Sophie And The Giants. The four of them are not only very good musicians but they are also absolutely kind and funny people. They told me that they really liked their gig with us in Magdeburg and especially the location and the people made an impression on them. „It was probably one of the coolest gigs we’ve ever played.“, Sophie Scott said, the singer of Sophie And The Giants.

The four members of the band, which are Sophie Scott (vocals), Chris Hill (drums), Toby Holmes (guitar) und Antonia Pooles (bass guitar), met at music college. Since then they diligently made music and wrote songs, now they already did a tour through Europe and they are also the song for the new Vodafone spot in Germany.

When I spent a year in England, I loved to go to smaller gigs in local pubs and venues, where different bands from the local area played almost every week. I have never experienced anything like this here in Germany and to be honest, I miss those evenings. I talked about this with Sophie And The Giants and they told me that their career as a band started a little bit like this. Almost weekly they played at the same bar, tried out other venues, but they never had huge audiences in front of them, during that time. But it helped them to become a better band every time they played, they got practice and by making mistakes during those smaller gigs they learned a lot. And after what I have heard that Sunday night I can say for certain that it was worth it. 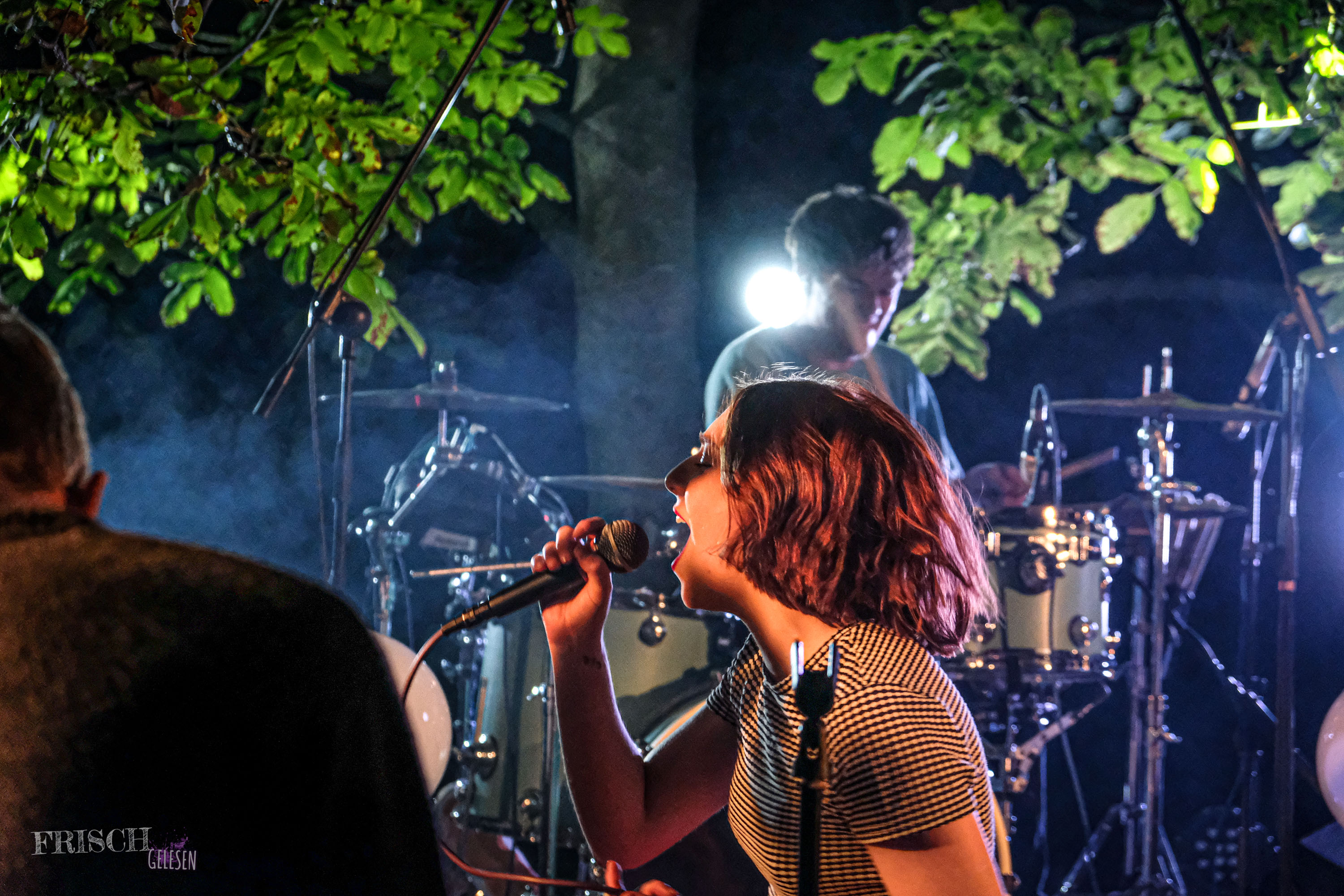 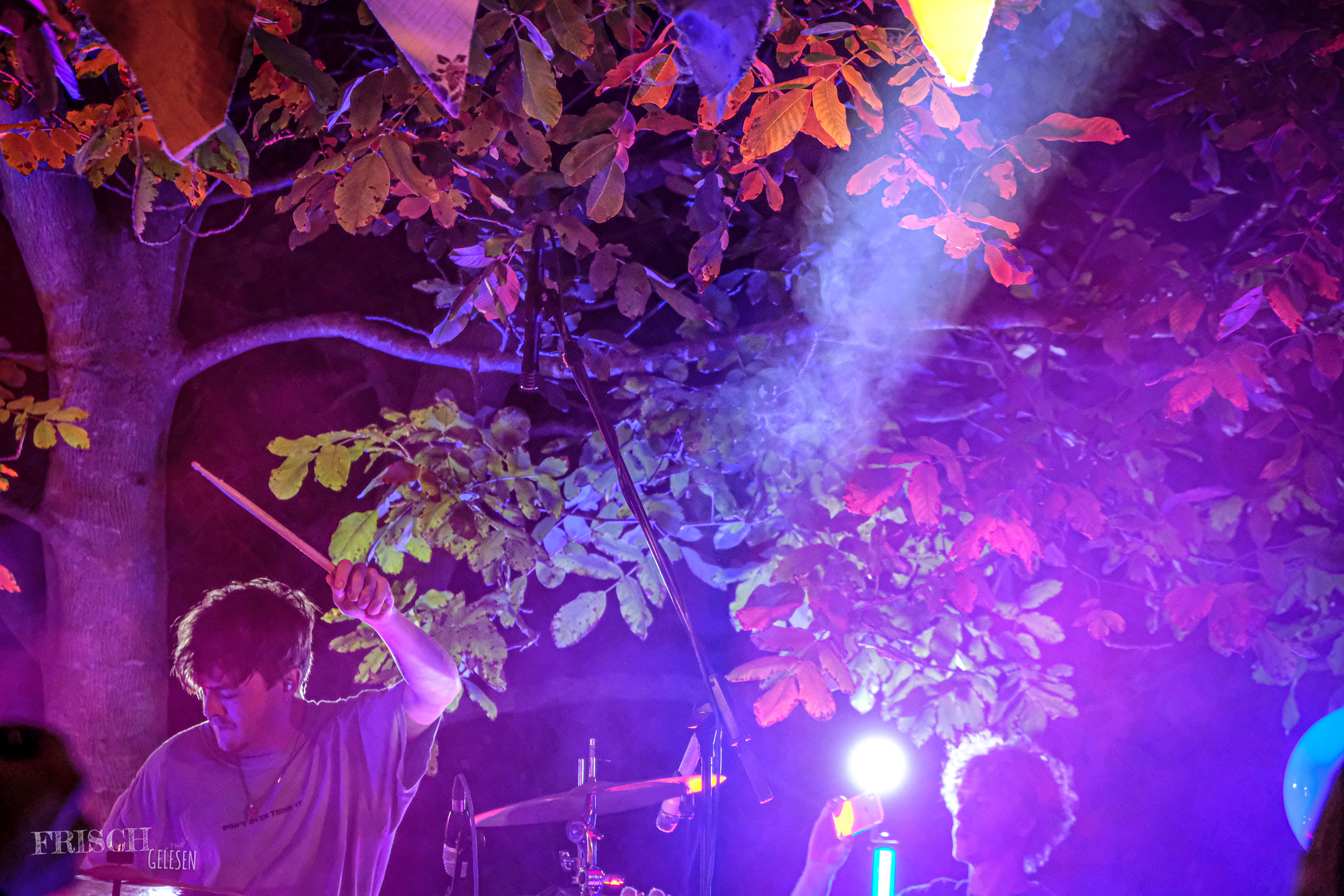 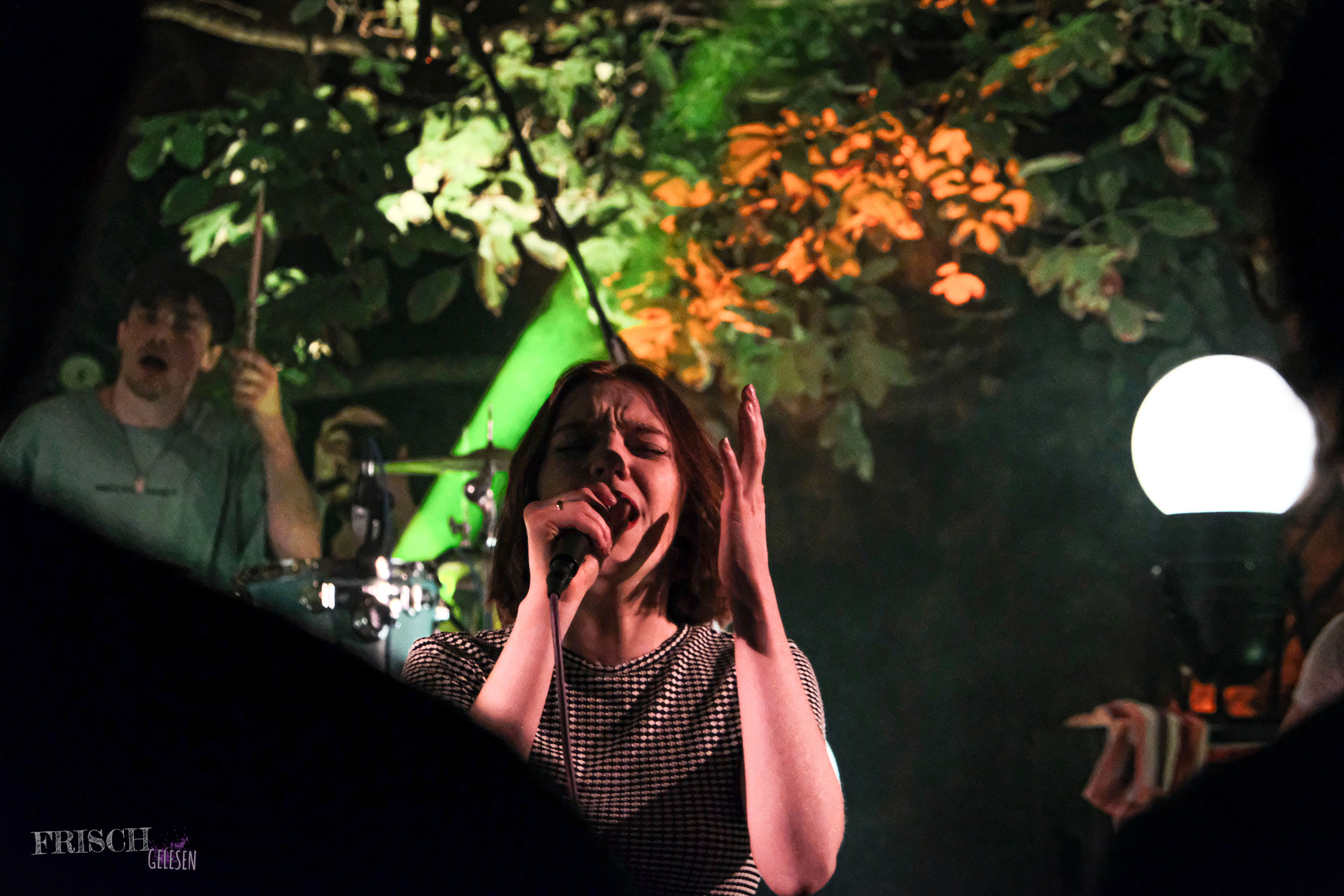 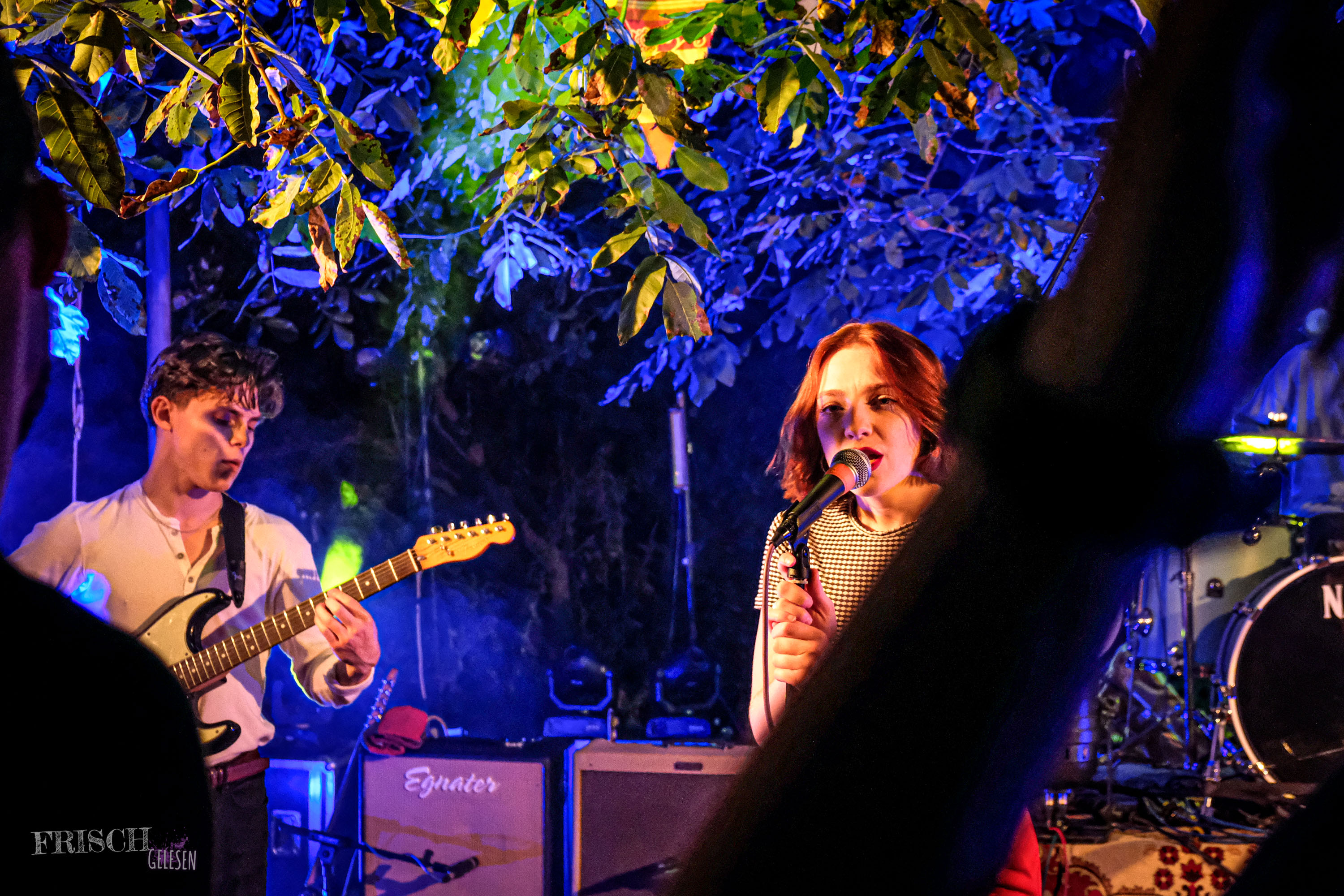 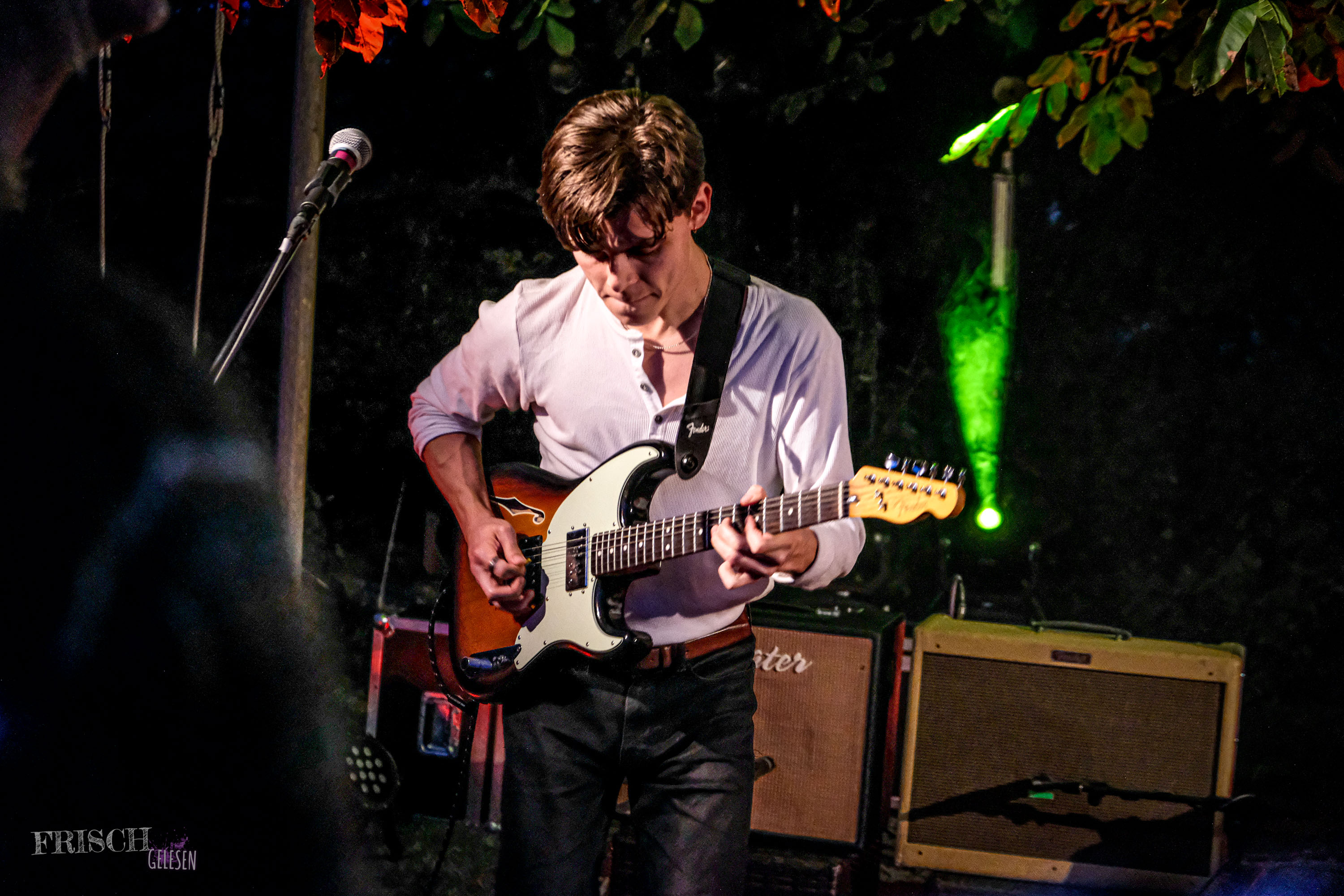 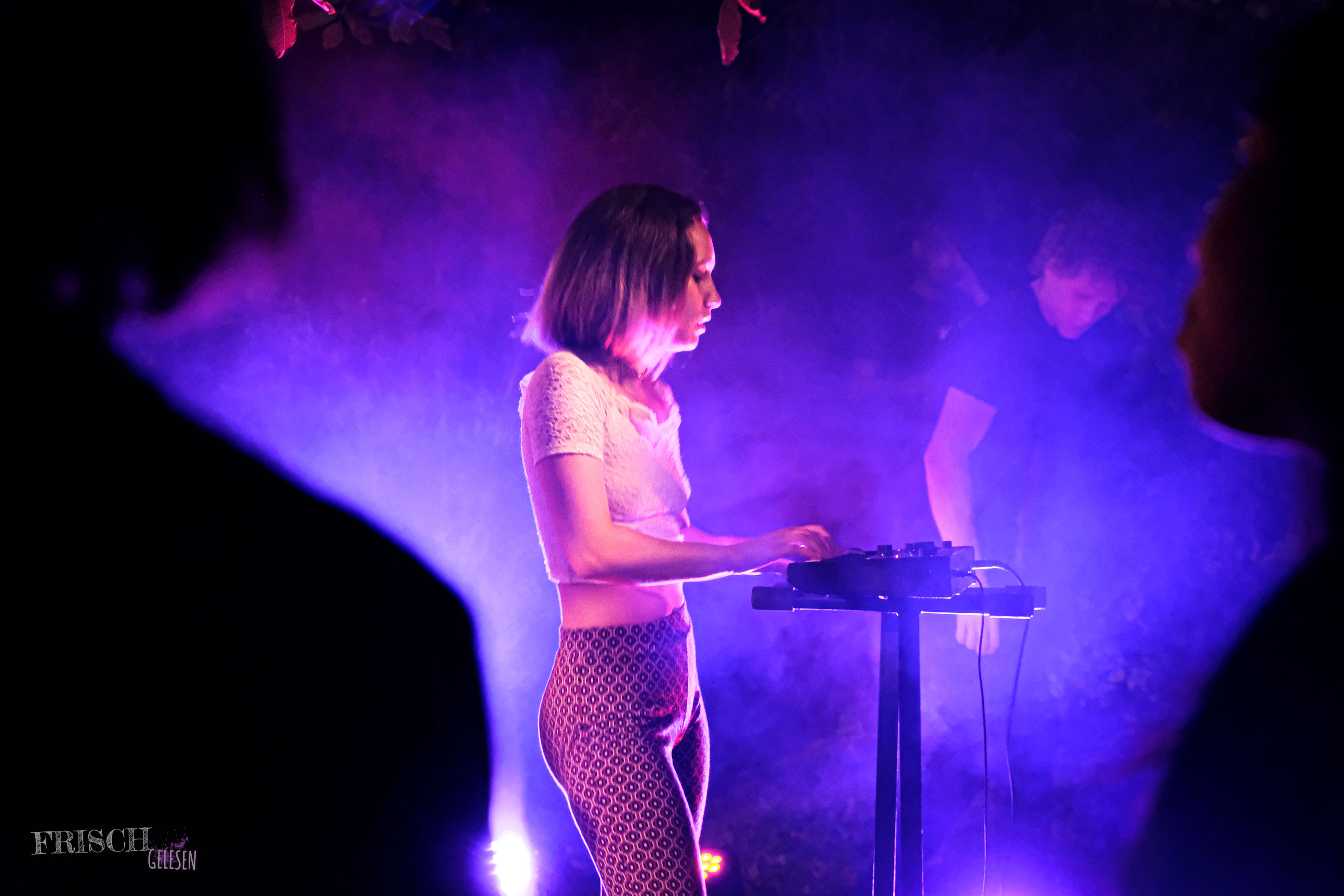 Again, Wohnzimmerkonzerte Magdeburg created an absolutely unforgettable evening. It was especially great for me to listen to a British band again. Somehow, it transferred me back a few months, to the time where I spent my evenings in the Heartbreakers in Southampton, in The Anvil or Sixty Million Postcards in Bournemouth. And maybe also back to the Independent Venue Week, where I was an official concert photographer for the very first time.

And also the conversation with Sophie And The Giants was great. It was the first time that I noticed how much I miss really talking in English and simply listening to the British English. The pictures that we took right after the short conversation were as much fun to do as they are to look at! 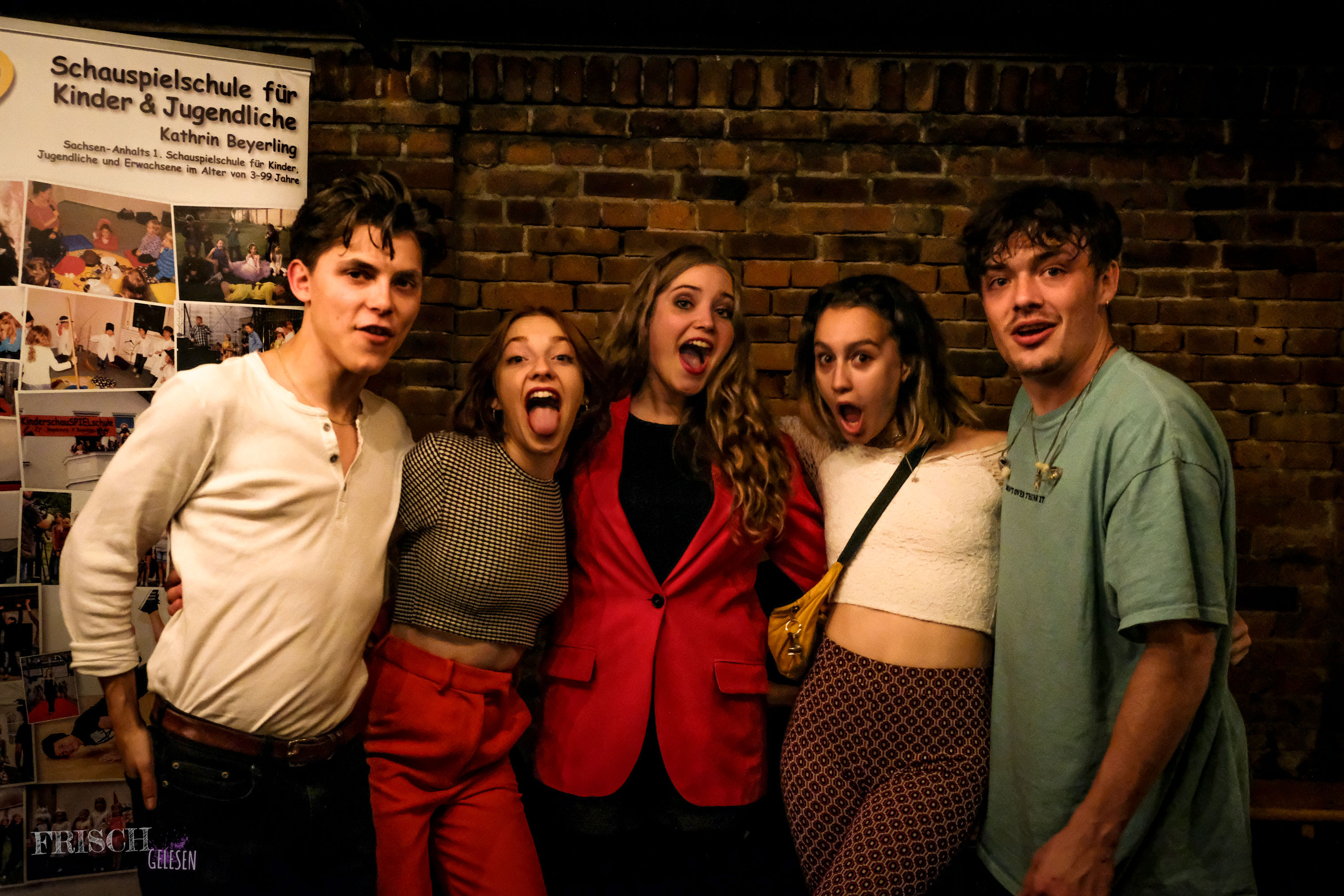 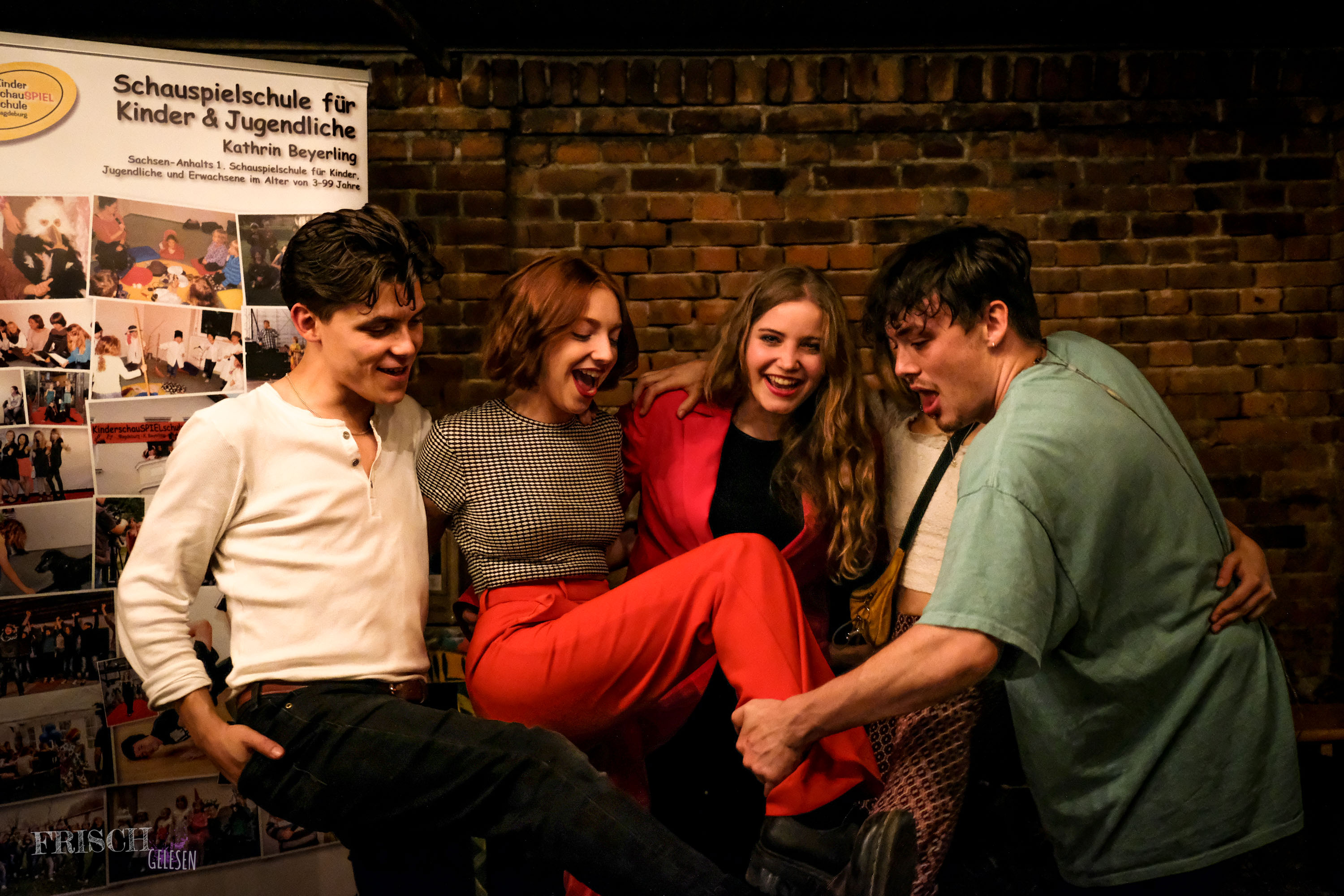 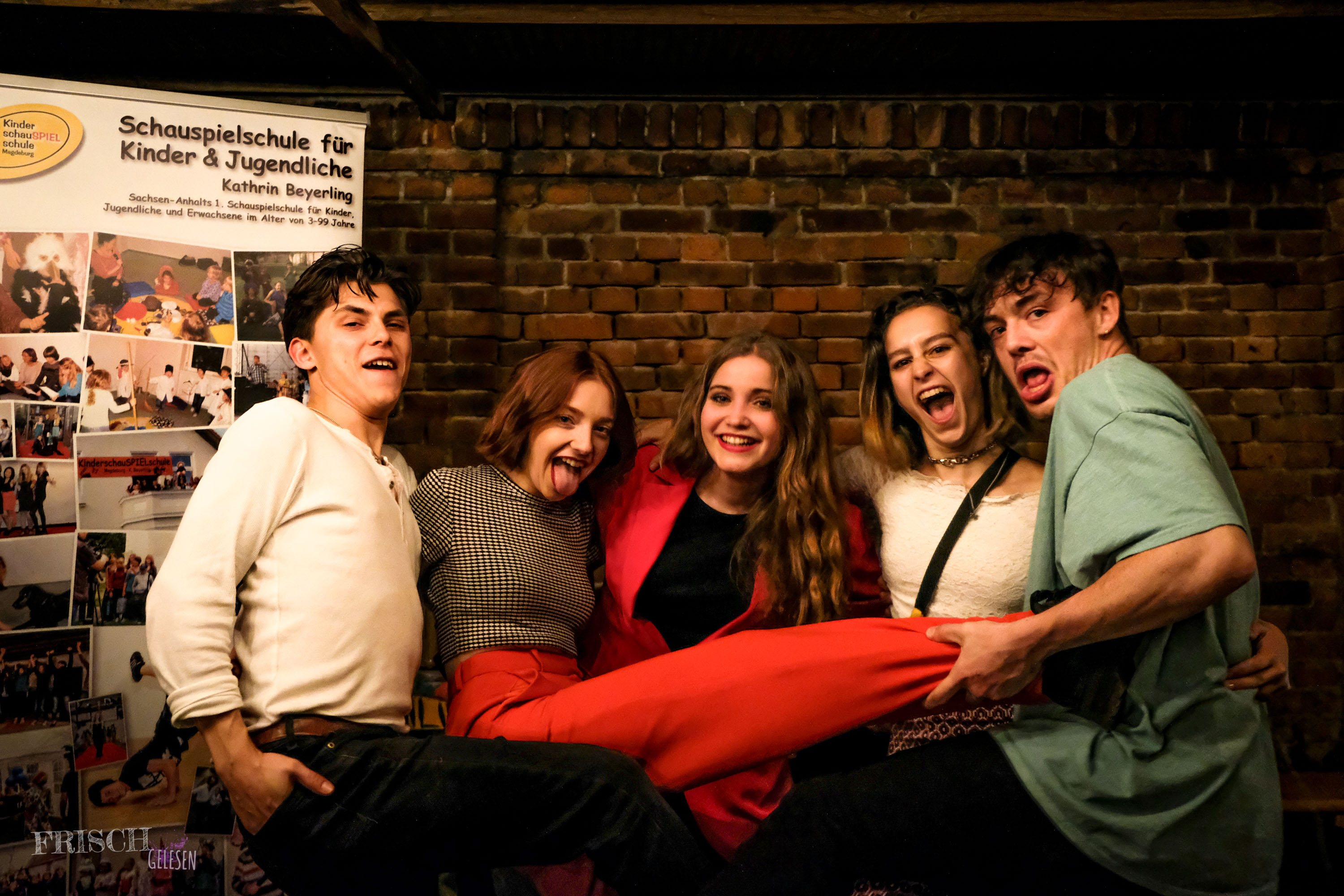 A huge thank you to Wohnzimmerkonzerte Magdeburg and Sophie And The Giants for the fantastic evening! It was so much fun to dance to „The Light“ and „Bulldog“ and all the other catchy tunes between the colourfully illuminated trees and bushes. I am already excited for the next concert!

„You got me breathless…“ 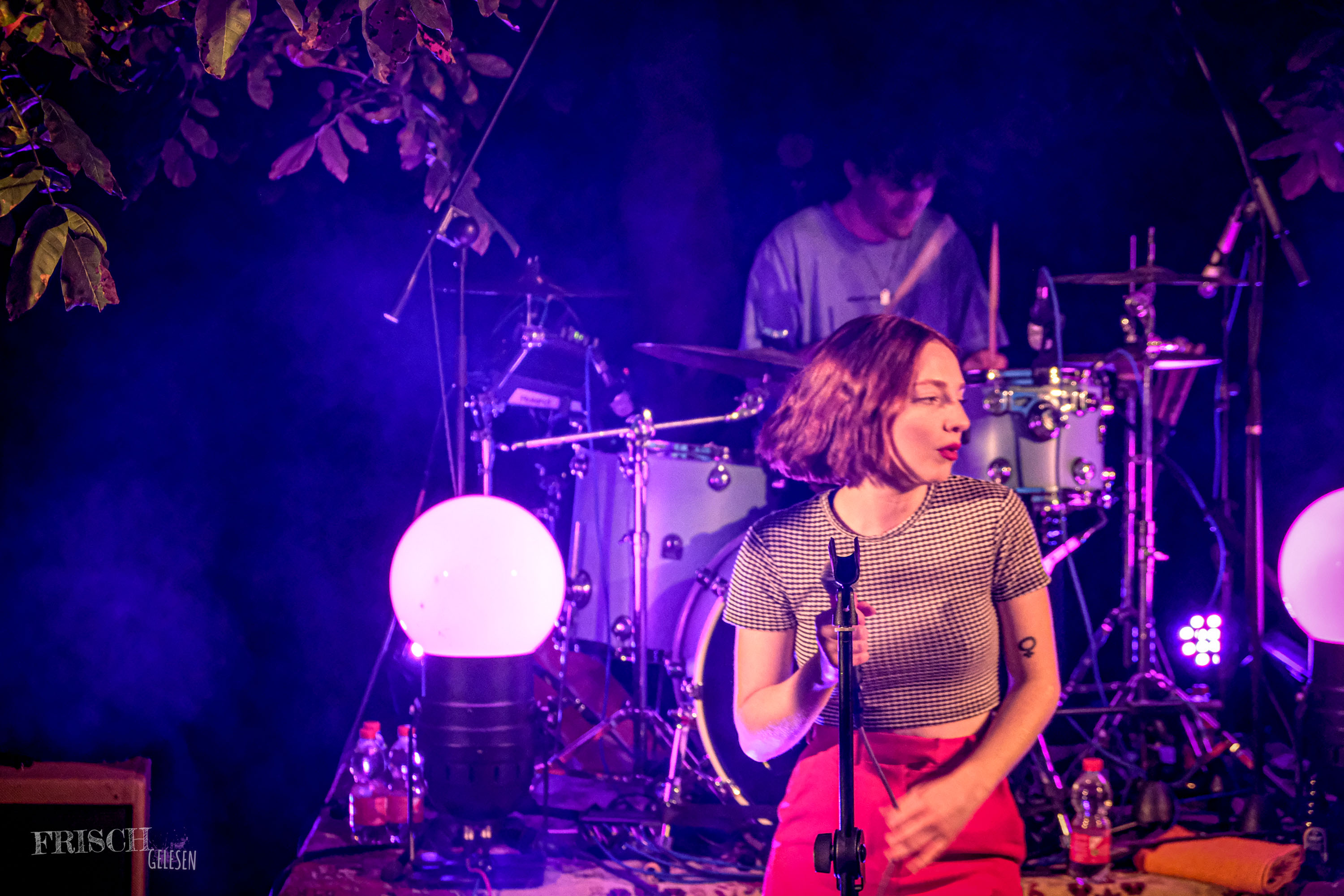 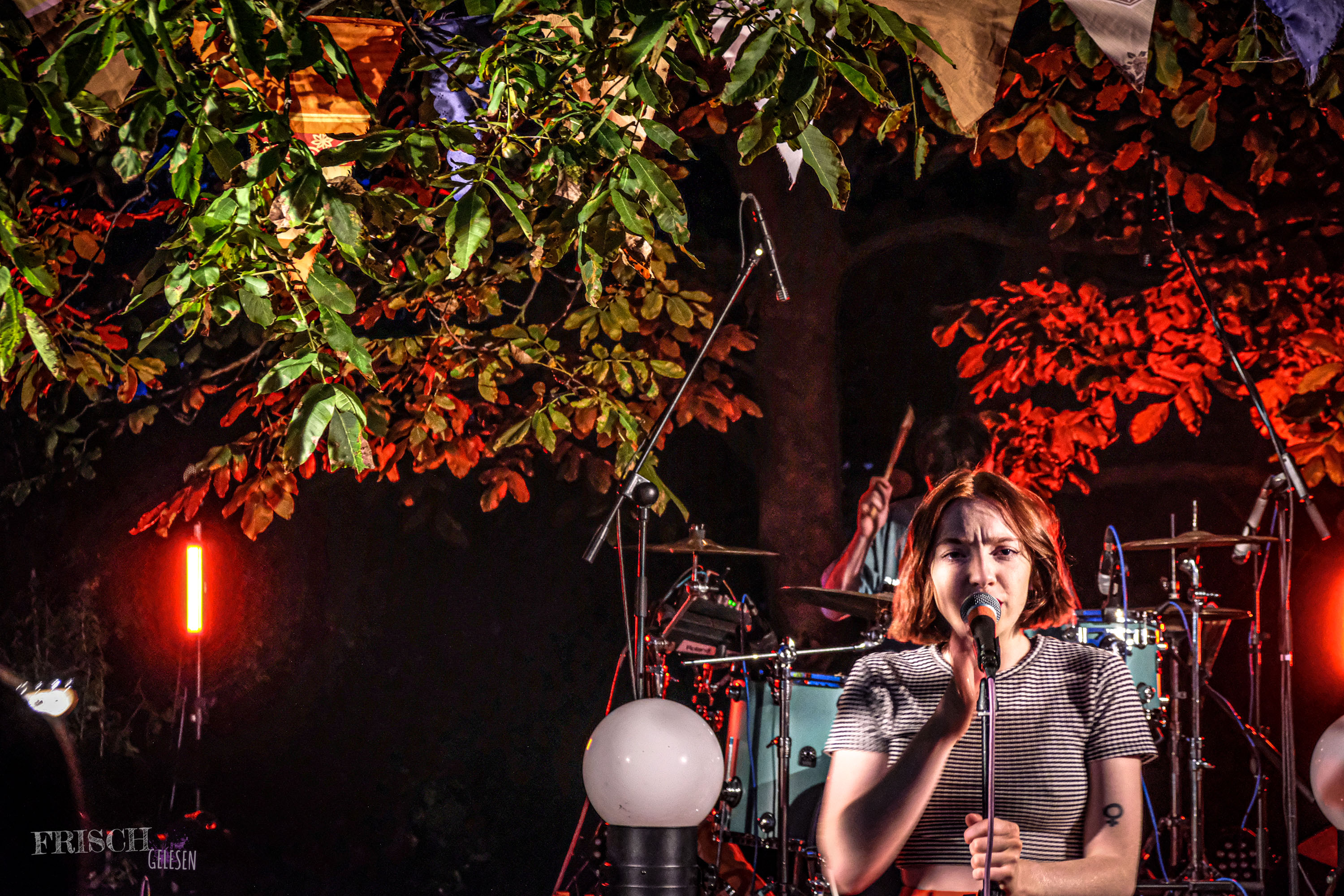 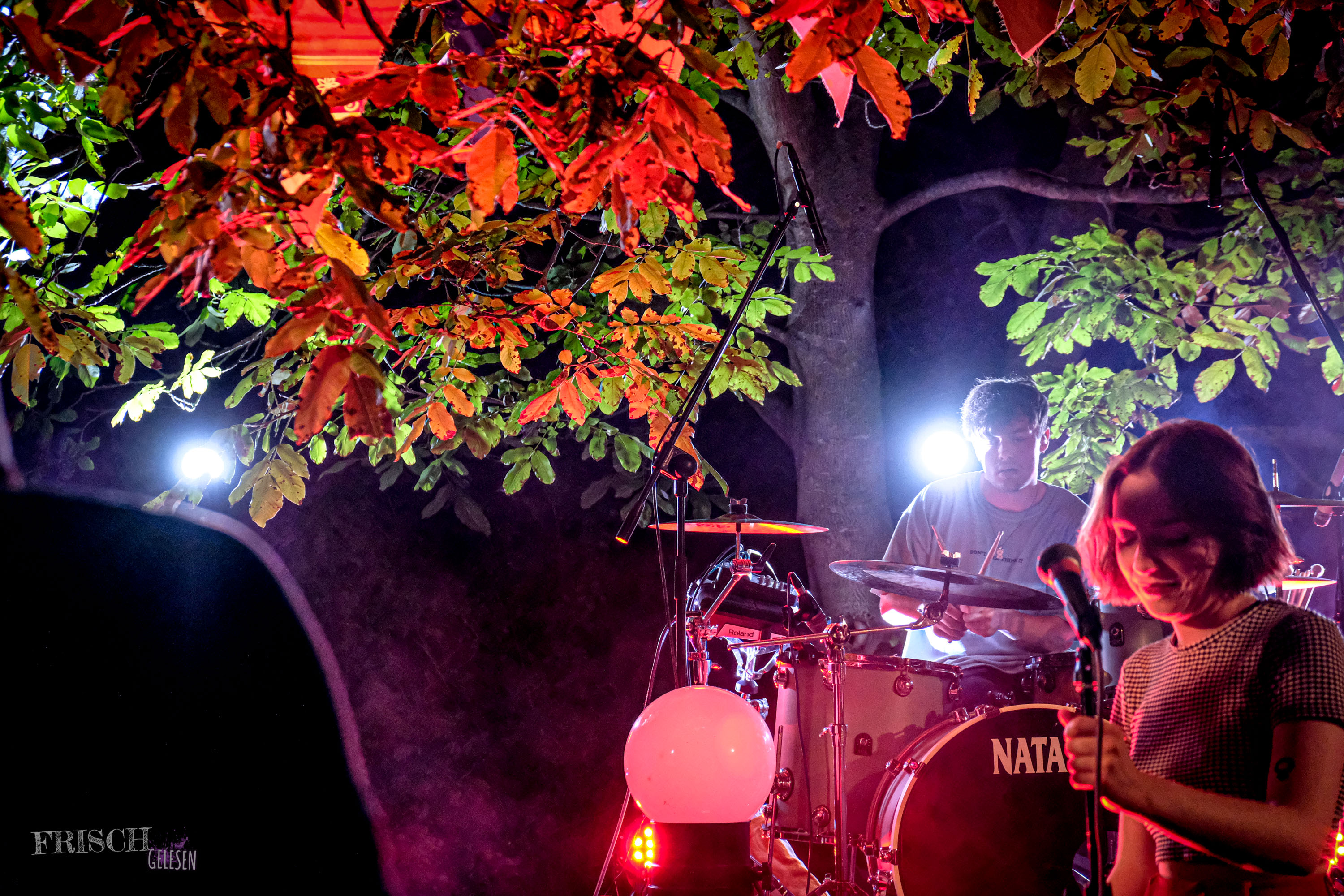 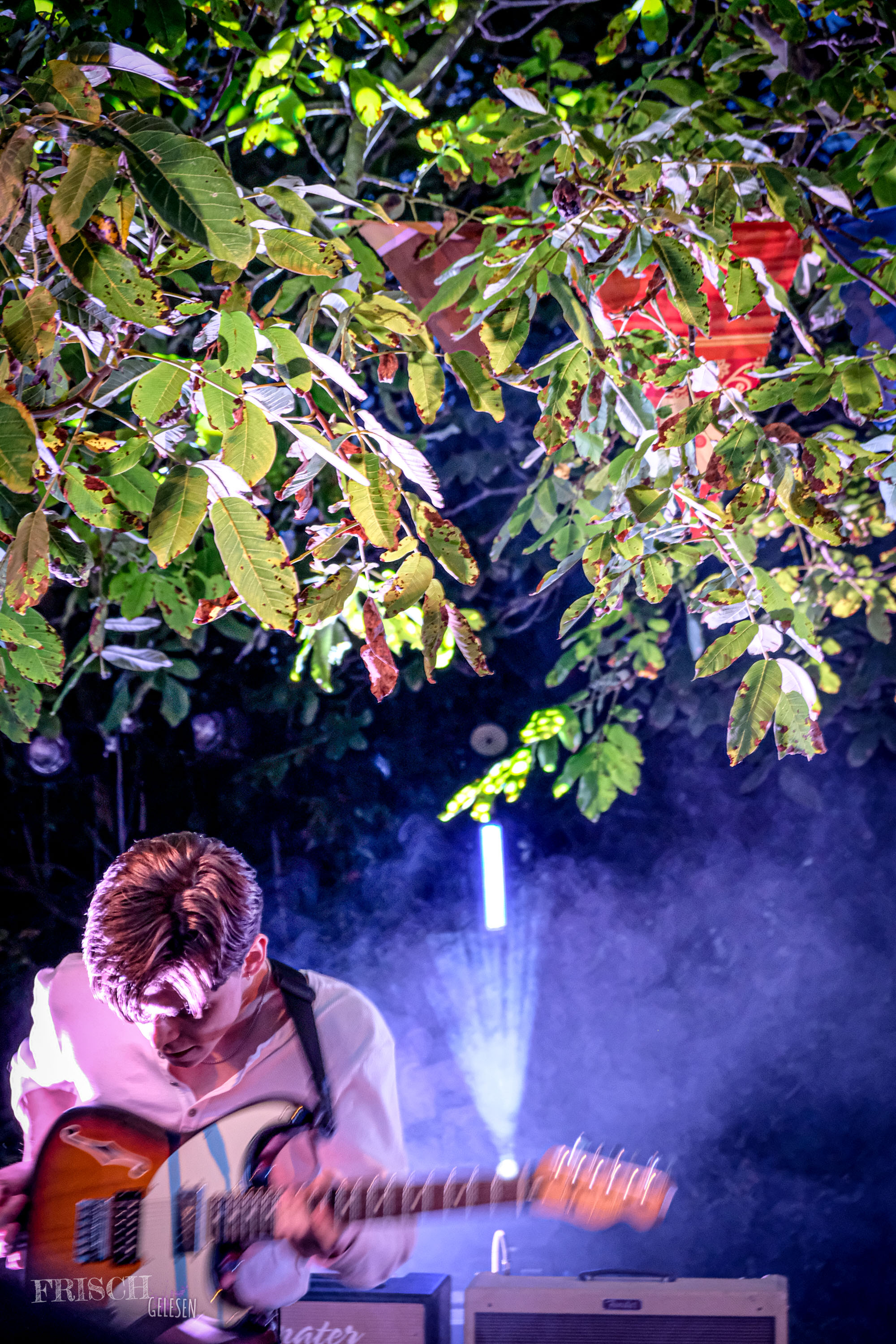 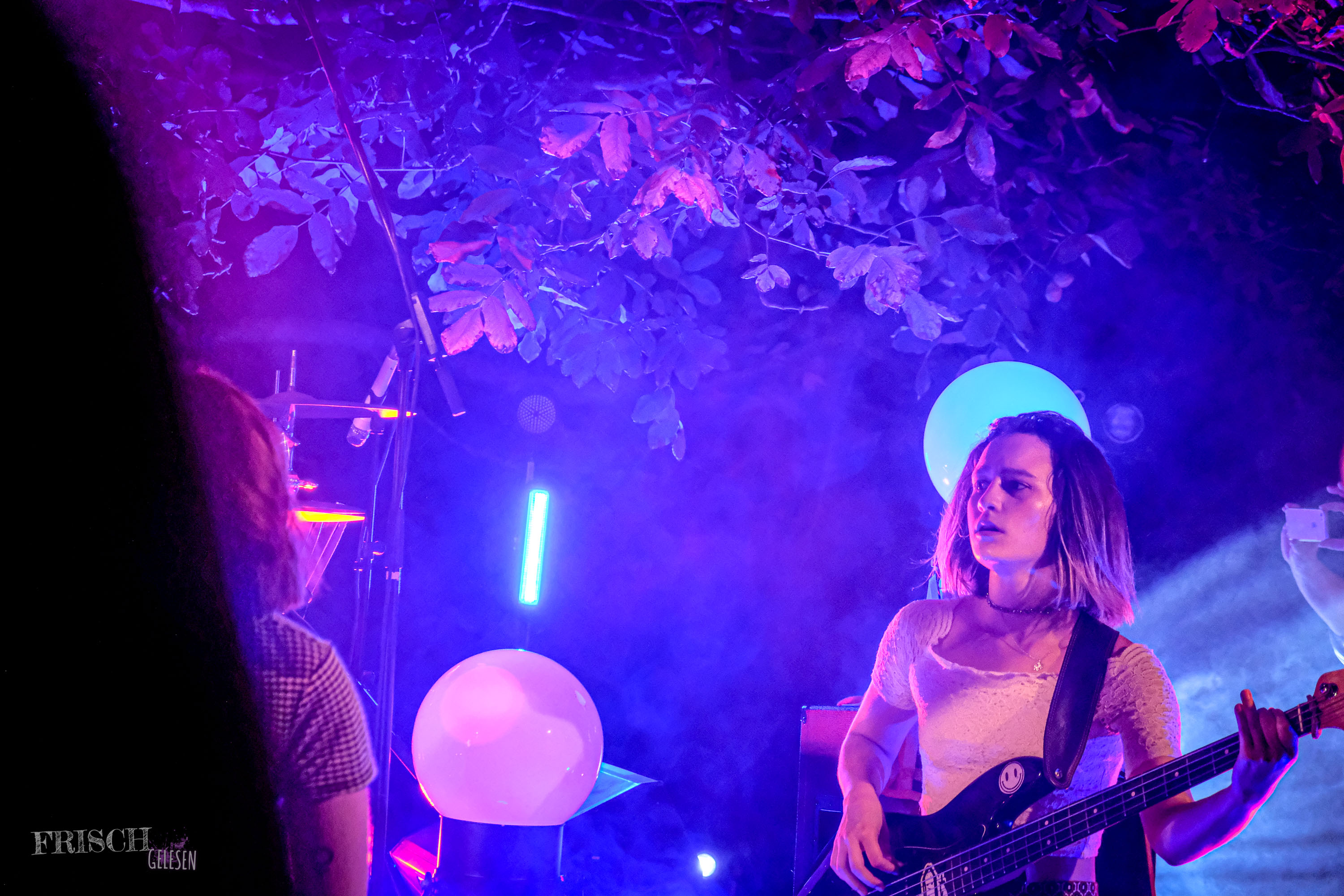 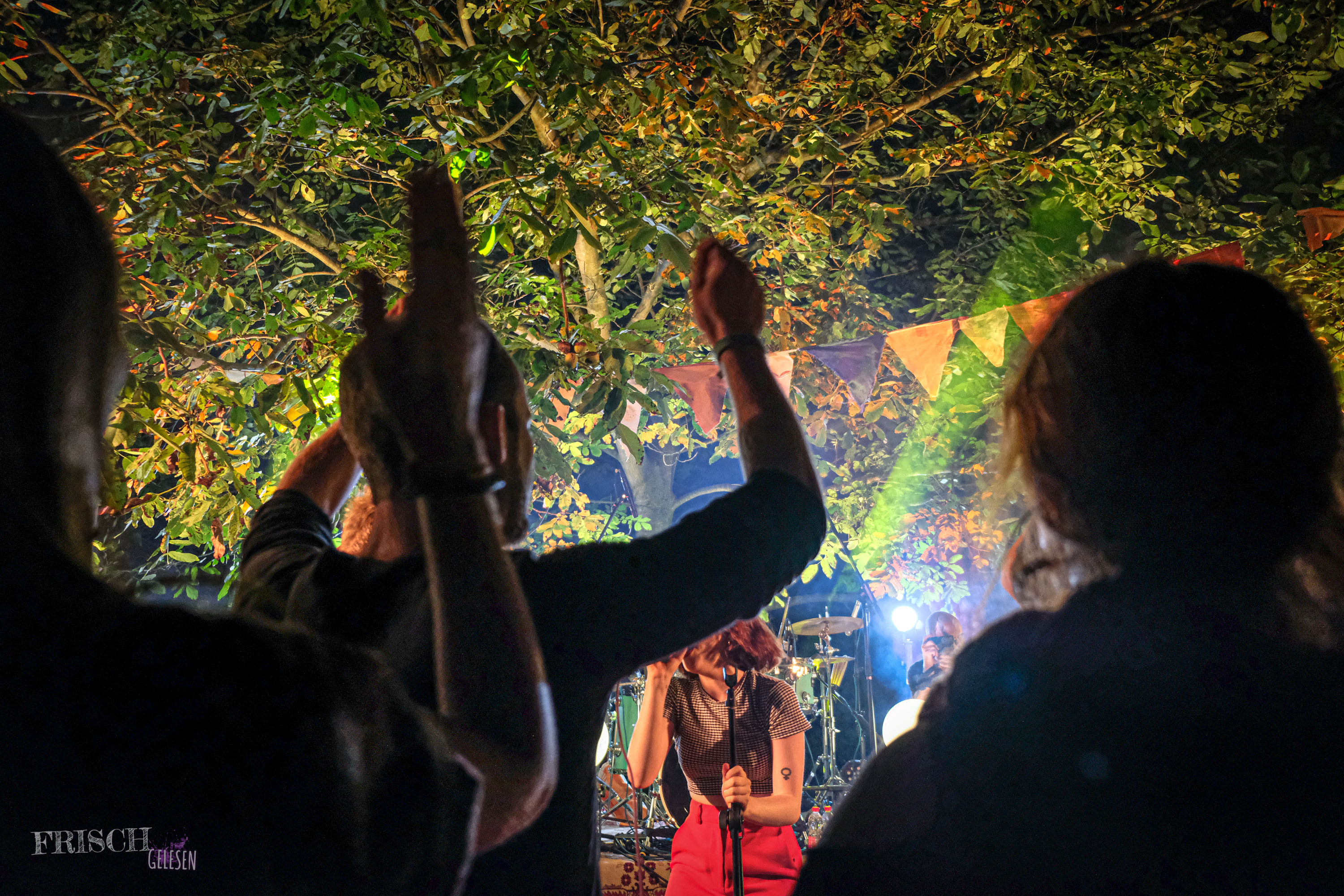 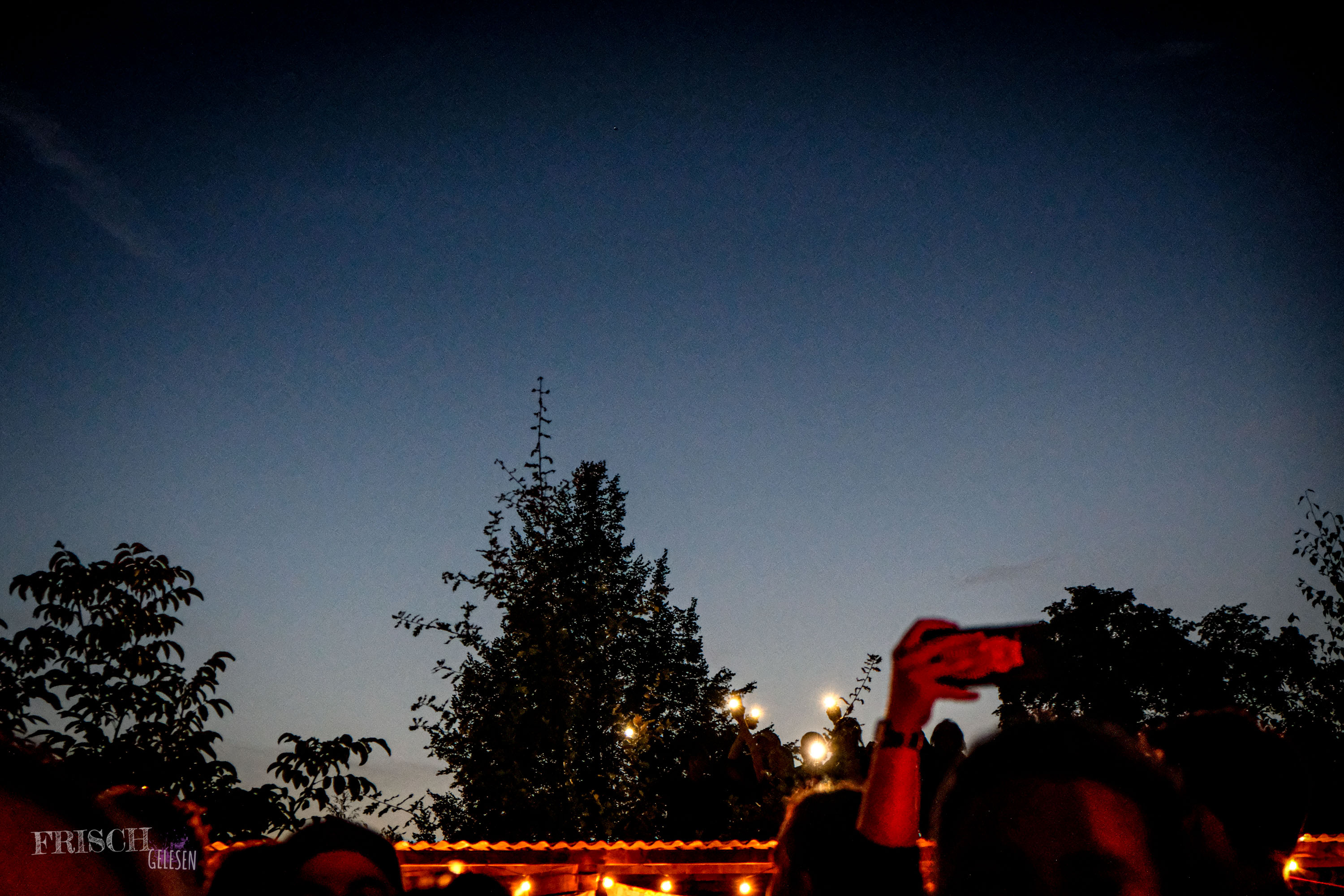