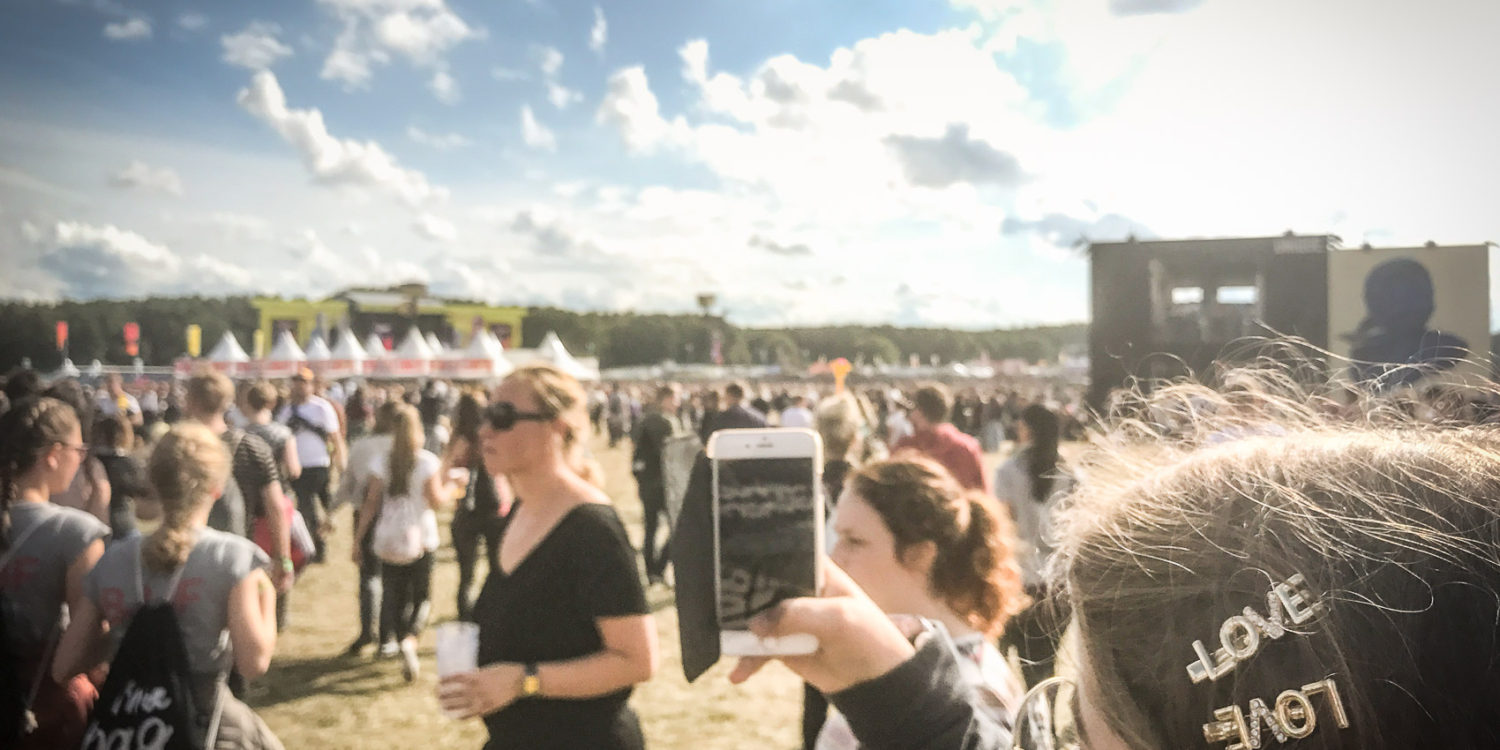 I am endless thankful, that my parents gave me the opportunity to visit the Lollapalooza 2017 in Berlin. Without them I wouldn’t have been able to enter the festival area as a 15-years-old. It was absolutely amazing! Of course, I don’t have any comparisons. And of course there are already all those whiners, who didn’t like the Lolla „that much and who have vistited much better festivals yet“… Blah, blah, blah… I don’t care:

My Sunday on the Lollapalooza 2017 in Berlin was amazing!

Everything was perfect. We had brilliant weather on Sunday , although some Berlin magazines already predicted, that the festival might fall through because of rainy days. But well, Mummy and Daddy now have two new, unused raincoats. 😉

What a shame, when media and visitors talk bad about events after it is finished (or already before it has started), that’s why I told myself, to not read all these „Oh, what a bad festival“-posts about the Lollapalooza 2017 anymore.

We decided to go to the festival on Sunday, because I wanted to see the Foo Fighters in any case. And I have seen and heard them! You wasn’t able to miss Dave Groll. This band is more than cool and they played over two hours. This was pure energy! That alone was worth the Berlin trip .

If you also want to visit the Lollapalooza, I tell you to come early already. This way you get to see the first bands very close and you make musical discoveries. Or did you ever hear about „Die Meute“? A very cool band from Berlin. Apart from this the festival area is more empty than later and you can enjoy the atmosphere in a bit more relaxed way. Later, when the headliners have their gigs, is it completely different, I mean, all these 80 000 people must go anywhere. 😉

Alice Merton was also a big thing on our list, she also had her gig in the late morning and alone the show was worth the early coming. She seemed very pleasant and also her performance with that amazing outfit was so inspiring. And the songs were cool, not only her Vodafone-hit.

We were a bit disillusioned by London Grammar, at least by their show. Because they didn’t have one. The singer is obviously no entertainer, she didn’t even talk to the crowd in front of her and was just sunken in her microphone. I think, she was shy, but somehow this seemed like she is unpleasant very fast and even faster there I got some doubts about her singing live. Such doubts I didn’t have listening to bands like Foo Fighters, Anne-Marie, Alma or also AnnenMayKantereit because of their spontaneous dialogues or vocal numbers. Also CRO, who does not really fit my musical preferences, showed a great performance.

So you are noticing my excitement about the festival, don’t you? It is not as easy, to write a post about a musical festival. The music is missing. 😉

I forewent all these „Blogger goes to a festival“-pictures, because I wanted to use the time well and enjoy the atmosphere. Listen to music, enjoy dancing people, admire cool festival outfits and be happy.

By the way there were enough tasty snacks and had to die of thirst, unless you did not have credits on your chip anymore. Because everything was happening cashless, you had to think about topping up on time. Or you have your parents at your side, who did this very exemplary. Then you may have luck about getting a nice Lollapalooza Shirt, or two of those. 😉

The vibes on the Lollapalooza were so cool, partly very familial.  Indeed I would never take a baby to a Foo Fighters concert, but with the right ear protection it was obviously no problem. But when Mummy began to control, if all kids‘ ears were protected, it was time to leave. And our departure with the car was as easy as the arrival. Also the was to the festival area was not bad. Who is already exhausted after 1,2 miles walking, should think about, whether a festival is the right choice. 😉

Oh, and I remember another thing which was really great: Maybe this exists on every festival, this would be amazing, but on the Lollapalooza 2017 there were many wheelchair users and they were attended. This was great and I think this was a sign of the peaceful atmosphere on the festival in Berlin.

The only critics I have belong to the toilets, there are horrifying. There were many, but the state on the second day… Okay, don’t talk about it! Later I just did not eat and drink that much anymore. Is also a solution.

Maybe there are some improvement ideas, or an innovative start-up project: The self-cleaning Lolla toilet 😉