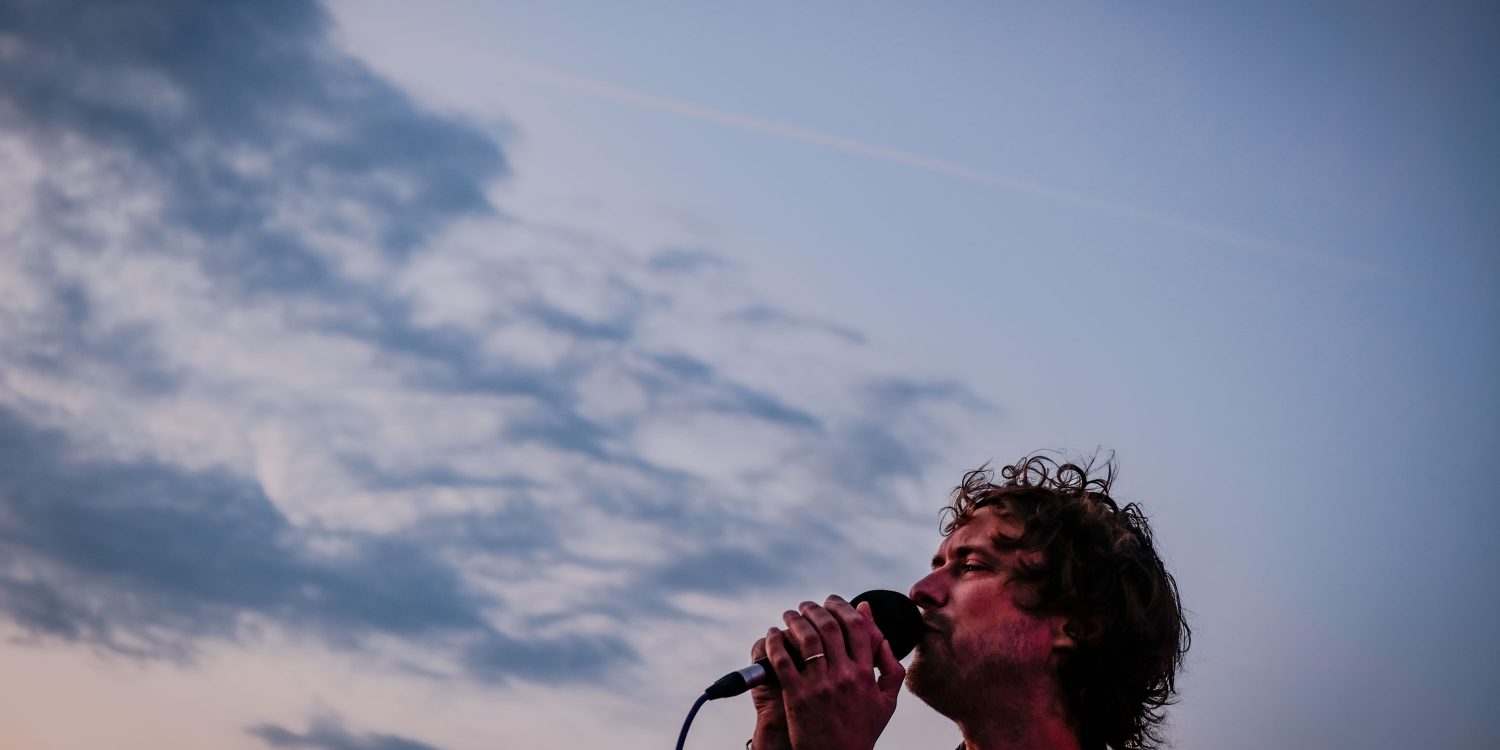 Hellooo! Finally it is time for the very first blogpost from Germany in 2019. I am back in the country for quite some time now, but I never really found time to write something new for you.

Today I have to tell you about an extraordinary evening. At the same time I think ith this post I can show how wonderful it is to be back home now. The rest of the world can be the prettiest you’ve ever seen, but it will always be home that has a special place in your heart, don’t you think?

I experienced myself how beautiful other countries and parts of the world can be but still I was so excited to come back to Germany again. One year away from everything and everyone you love is hard, but it is an incredibly wonderful experience. 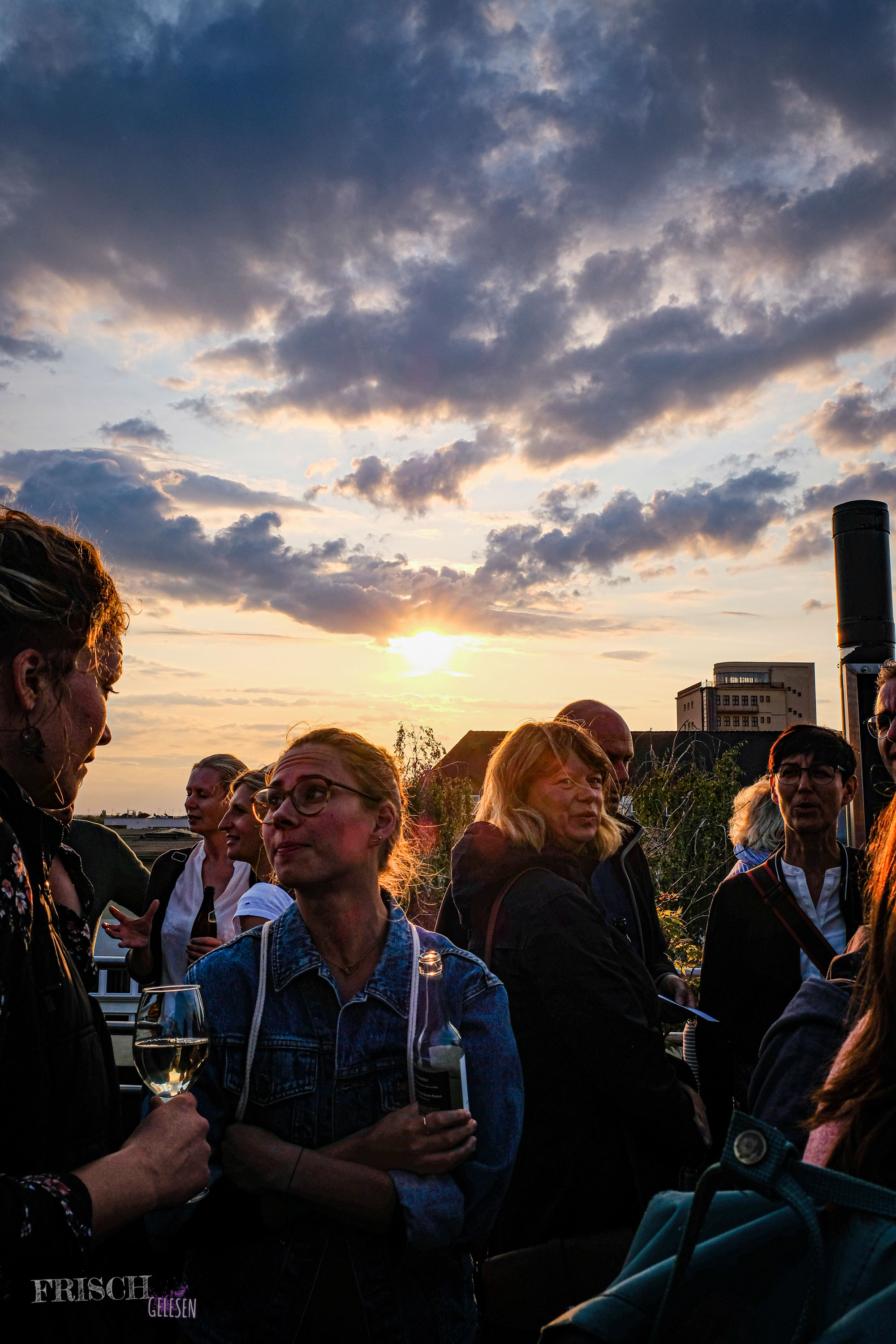 While I was in England I missed home so much, of course, with every single thing that is making my hometown so special. My dearest friends and family members were in my heart every single second of this exchange. But right next to those an organisation from Magdeburg took up another huge space in the corner of my favourite things and I missed their concerts each and every day.

Again, I am talking about Musikkombinat Magdeburg, the people who let Magdeburg be the location for a lot of very cool gigs and events and we should really be thankful for that. Often we can hear international, wonderful sounds when we walk down the street in the city. And if this is the case you can be pretty sure that Musikkombinat Magdeburg or Wohnzimmerkonzerte Magdeburg have something to do with it. 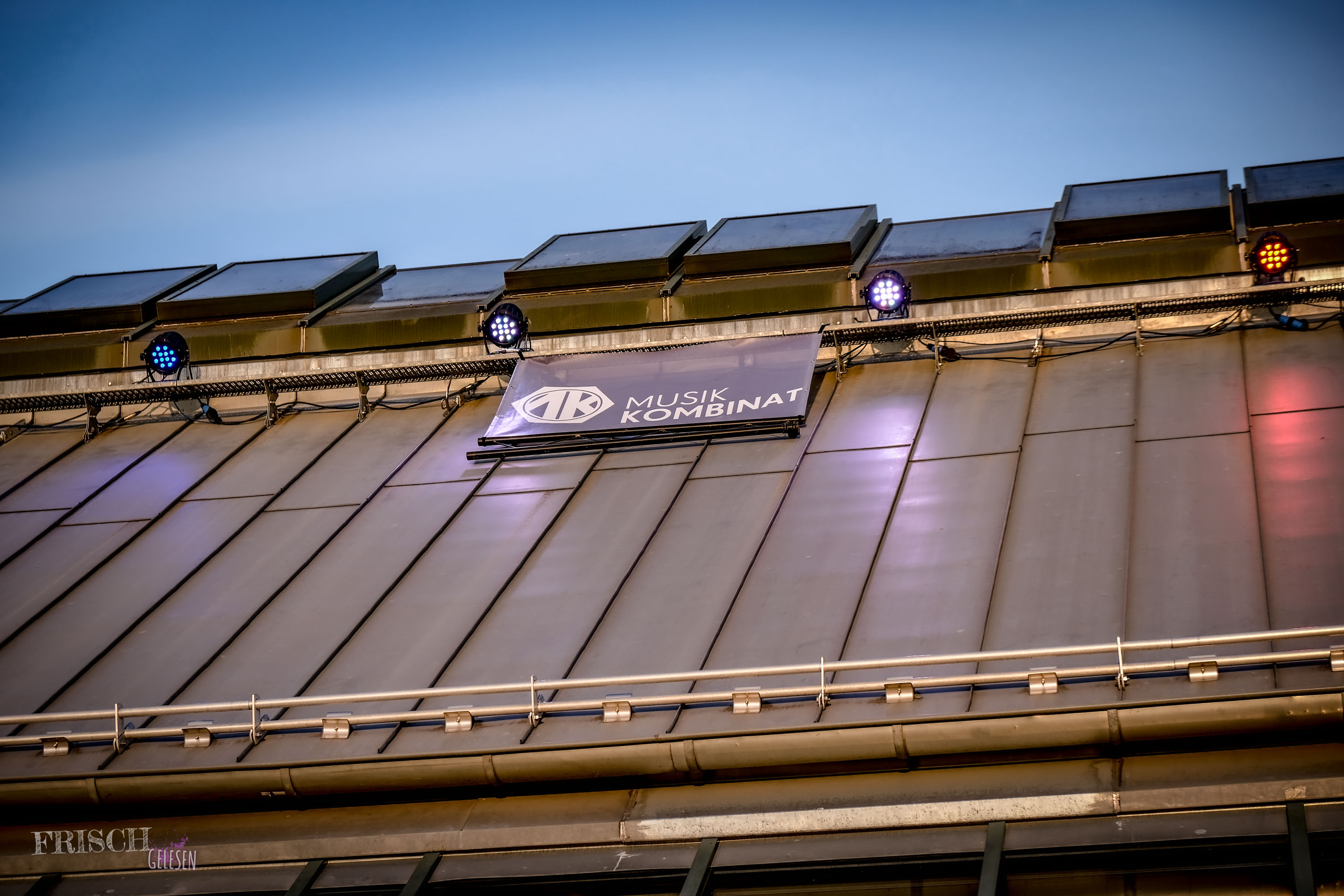 Arriving back in Germany I couldn’t wait to the next concert or event from Musikkombinat Magdeburg. I took numerous friends down to the concerts in the Datsche in the holidays and showed them how good vibes and quality music can make a gorgeous evening spent together even more special.

But this time we did not go to the already known Datsche. No, no…

The next concert would be over the rooftops of the city.

So, on 13th August 2019 we went up high again. Maybe you remember that I told you about another really cool rooftop concert last year and that it was such an incredible evening and night. This year we went into the next round and onto the roof of the Roncalli-Haus here in Magdeburg. 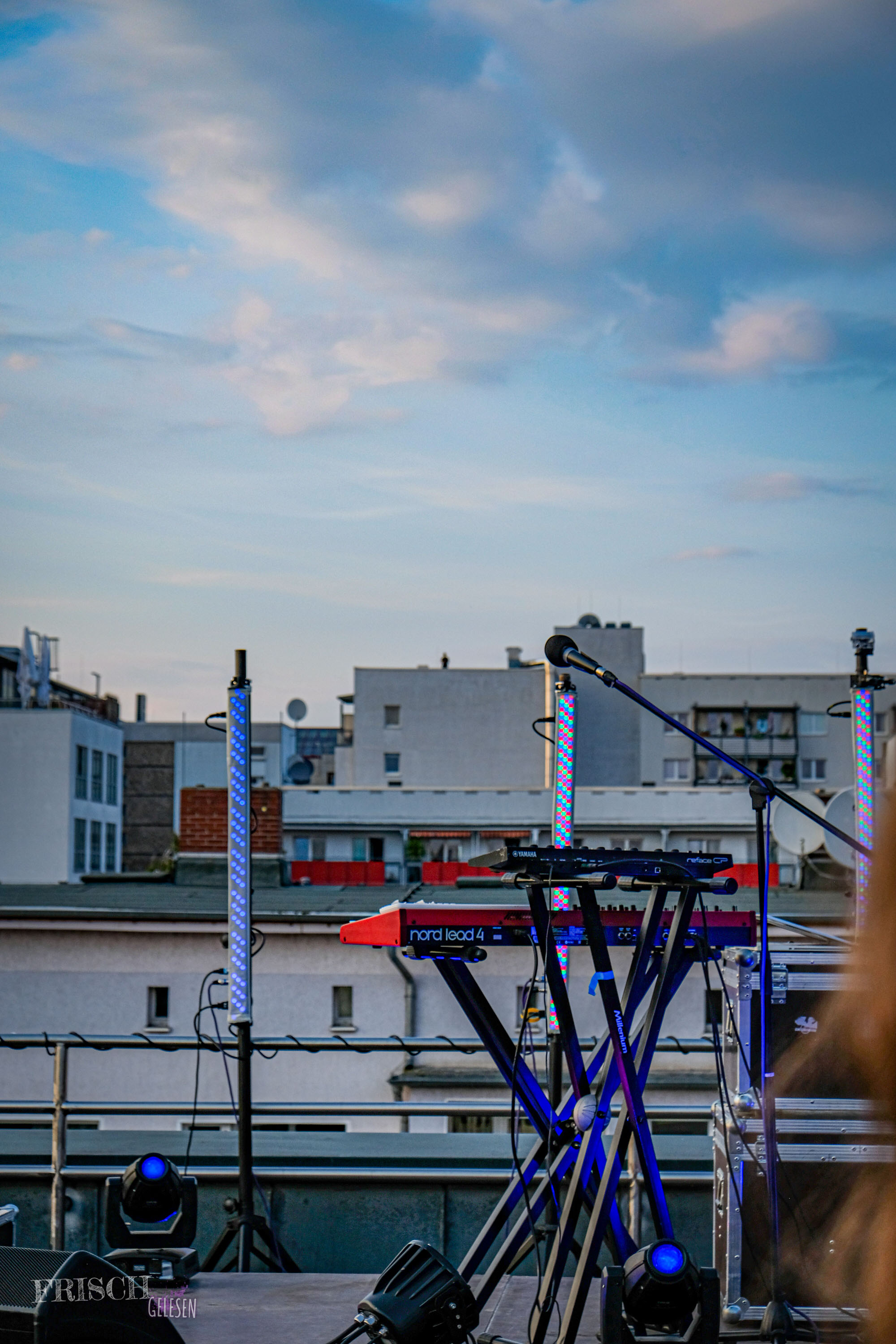 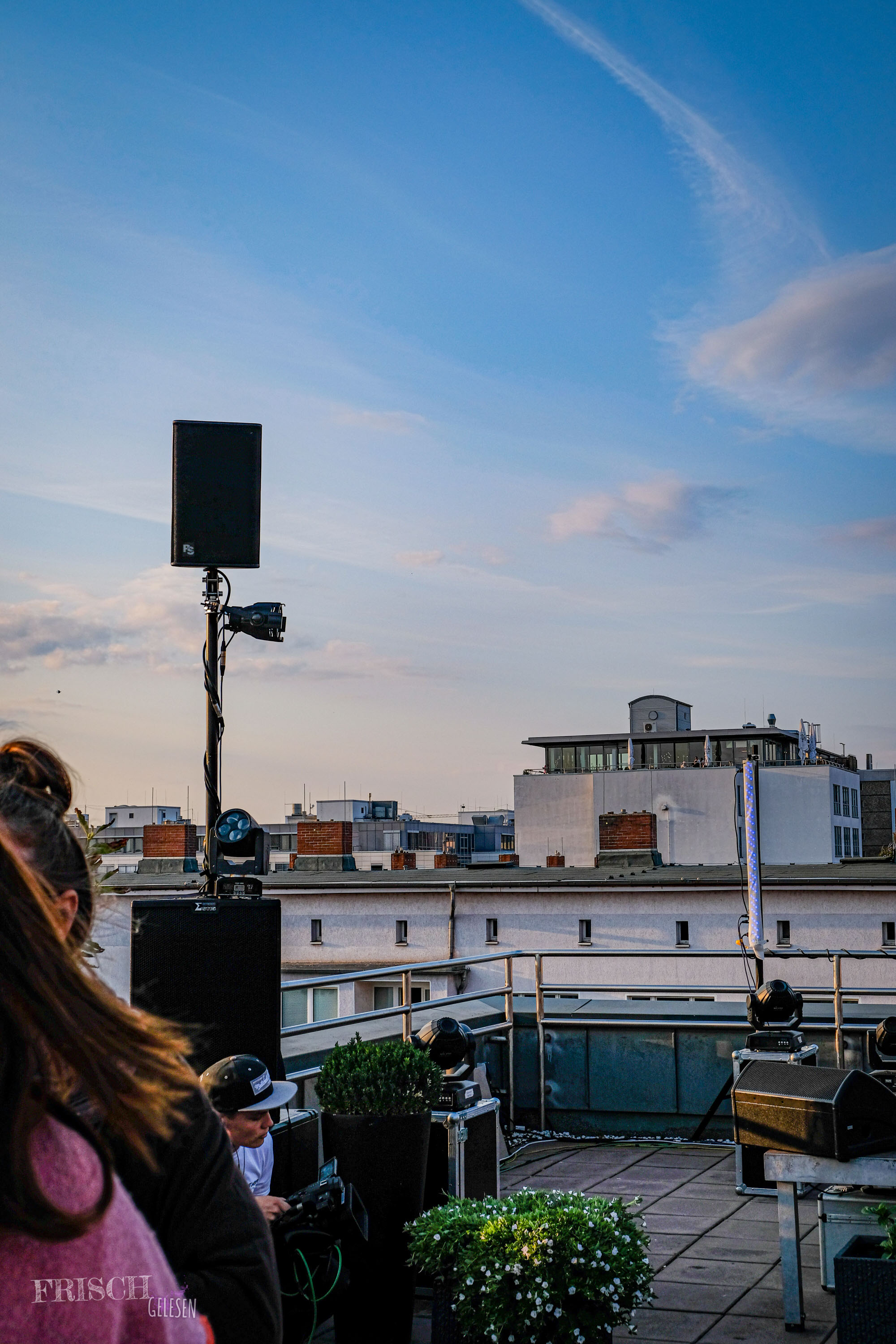 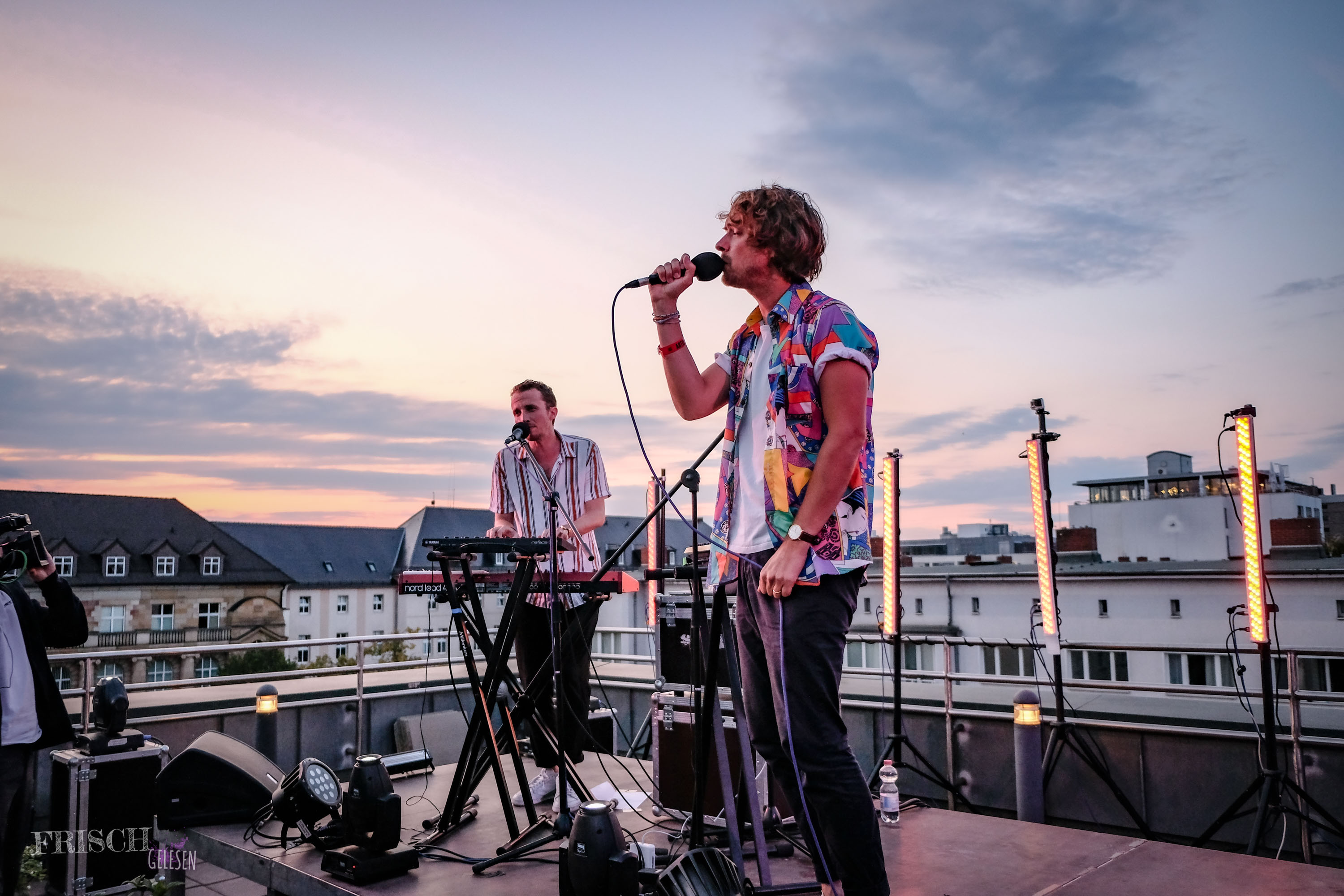 Already before the concert even began and the people slowly started to crowd the roof, you were able to feel the majestic atmosphere, high up there, over the roofs of Magdeburg. The play of light on top of the heads of the crowd, the last sun rays of the day and the pastel-coloured sky over us.

We wanted to get further to the front to have the best possible view later. The stage towered up in front of the impressive urban scenery, lined with rooftops and tiny Magdeburg landmarks. 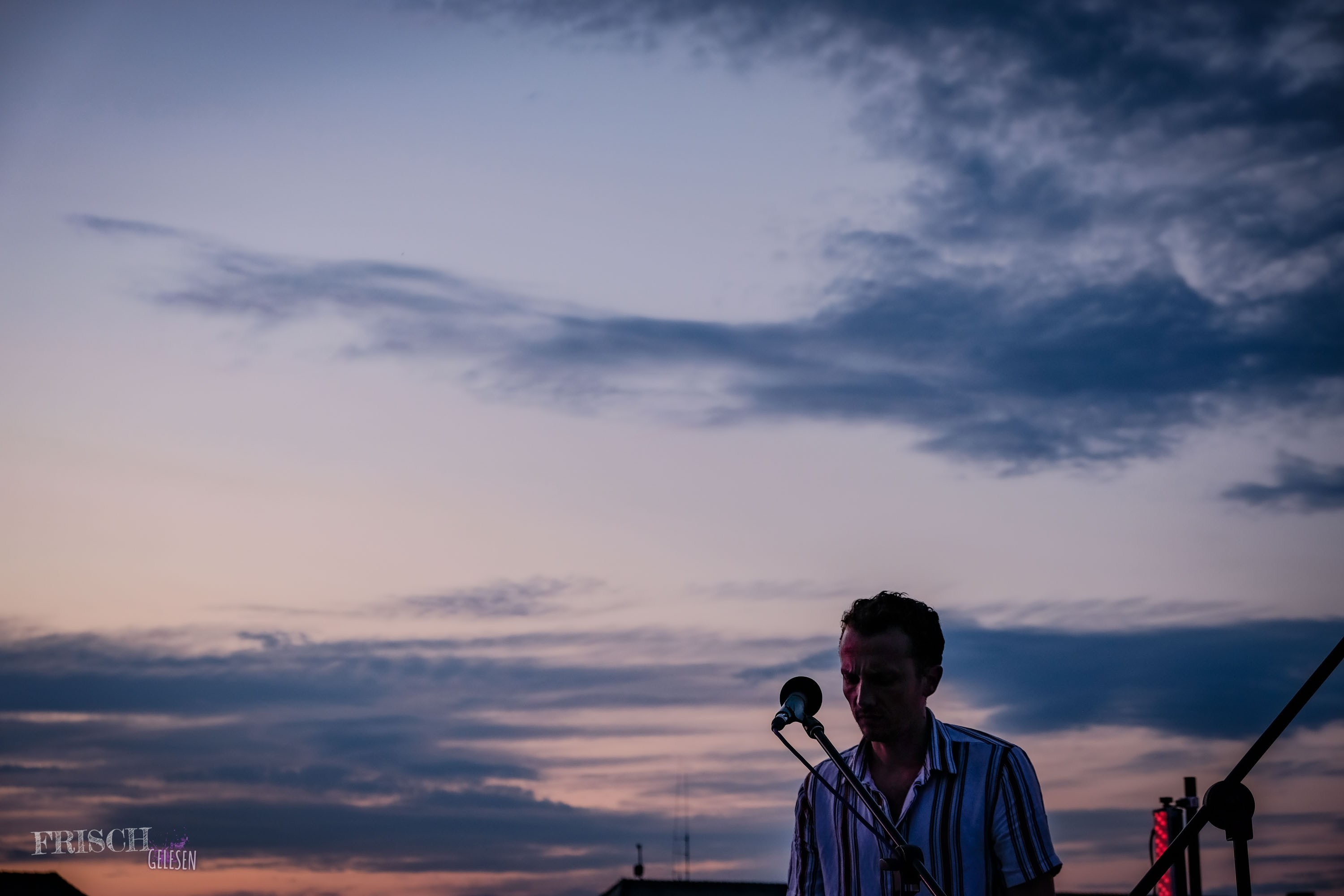 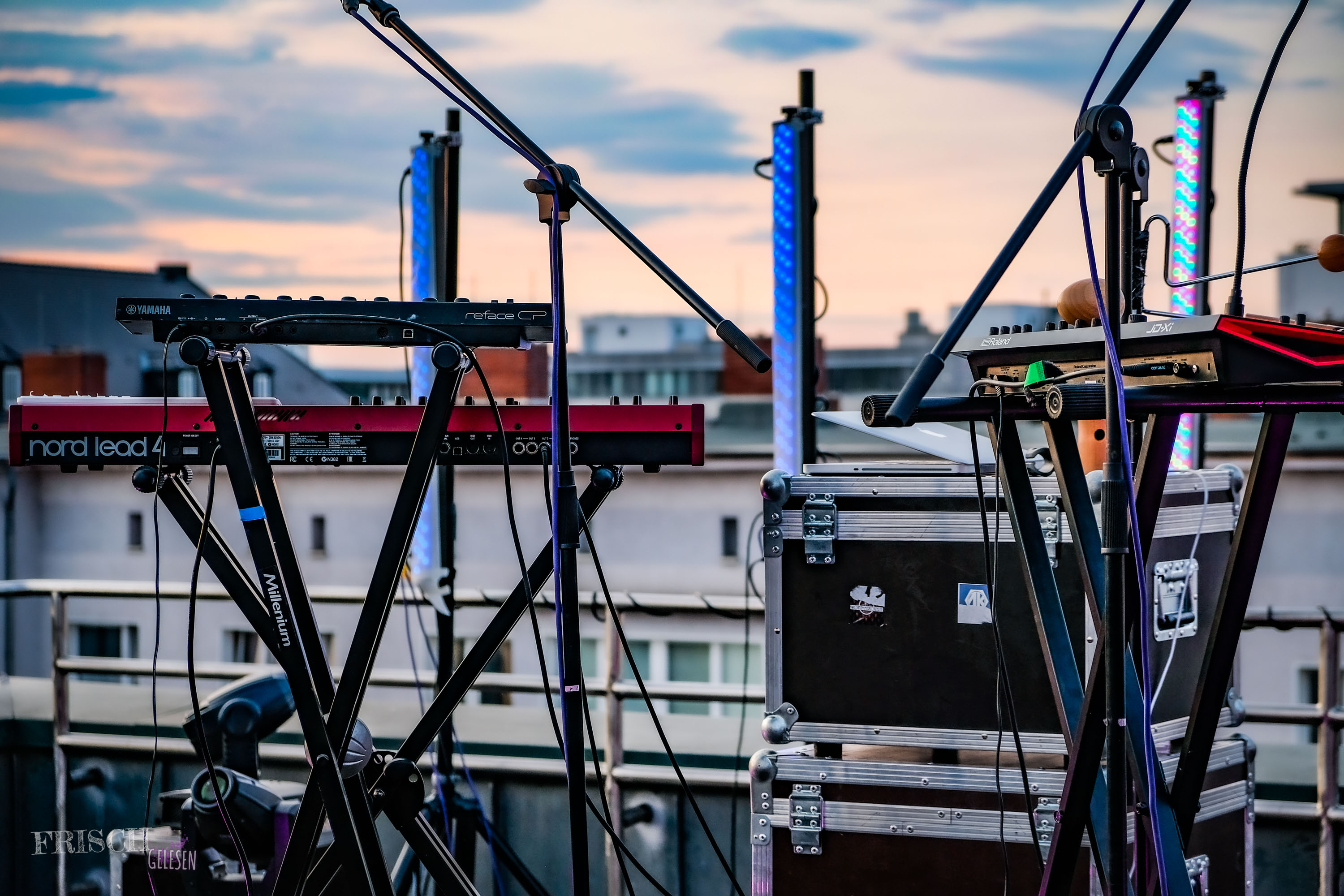 As soon as the concert started and the music slowly began to flow through the moving crowd, I felt how the evening even got better and better. The sky created the perfect scenery with pastel colours and the people danced to the sound of the French beats.

The music from Bleu Toucan is dreamy, dreamy dance music. While the sun was slowly disappearing behind the far rooftops of the evening city, we let ourselves fall deeper and deeper into the music until, finally, not a single person was standing still anymore. 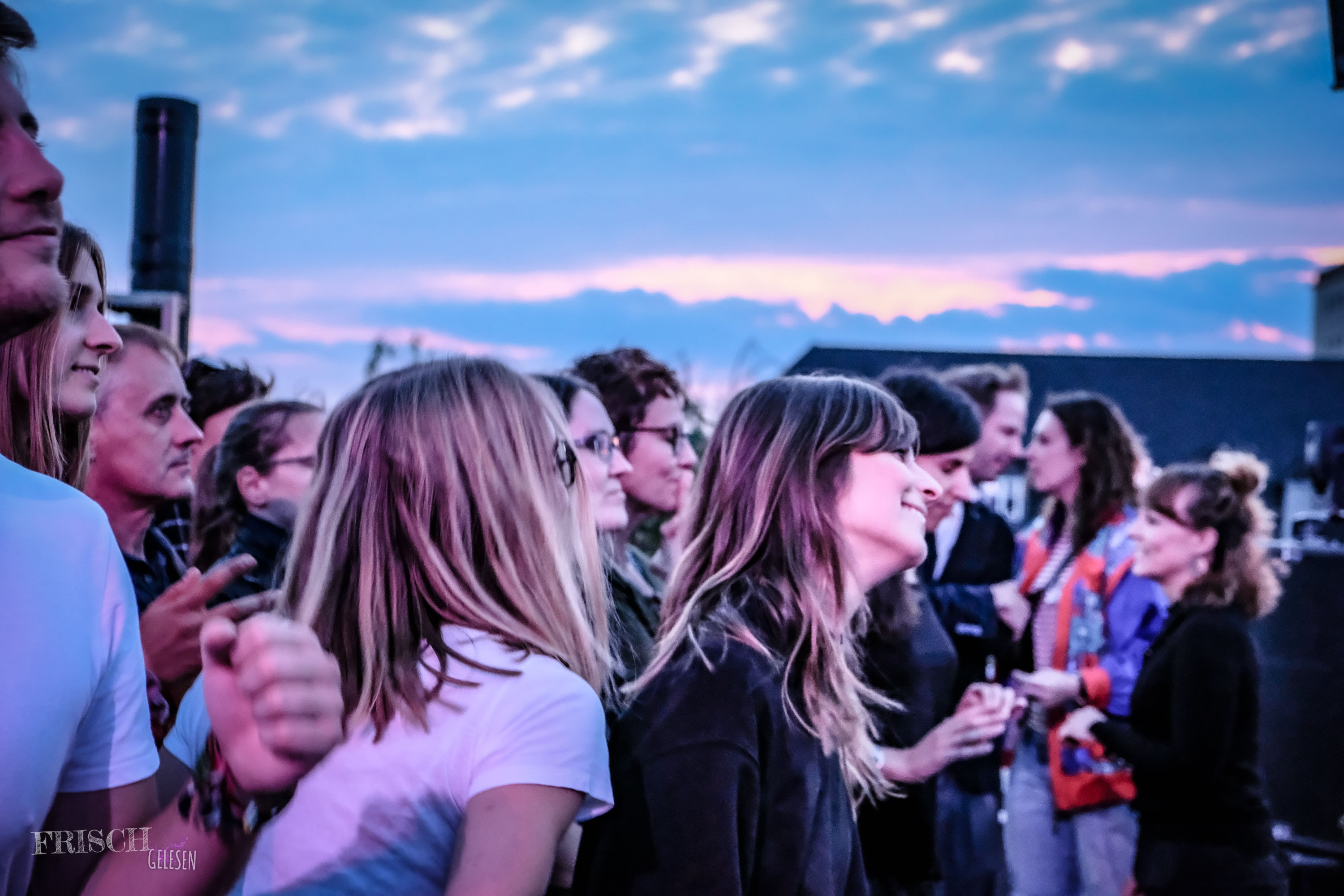 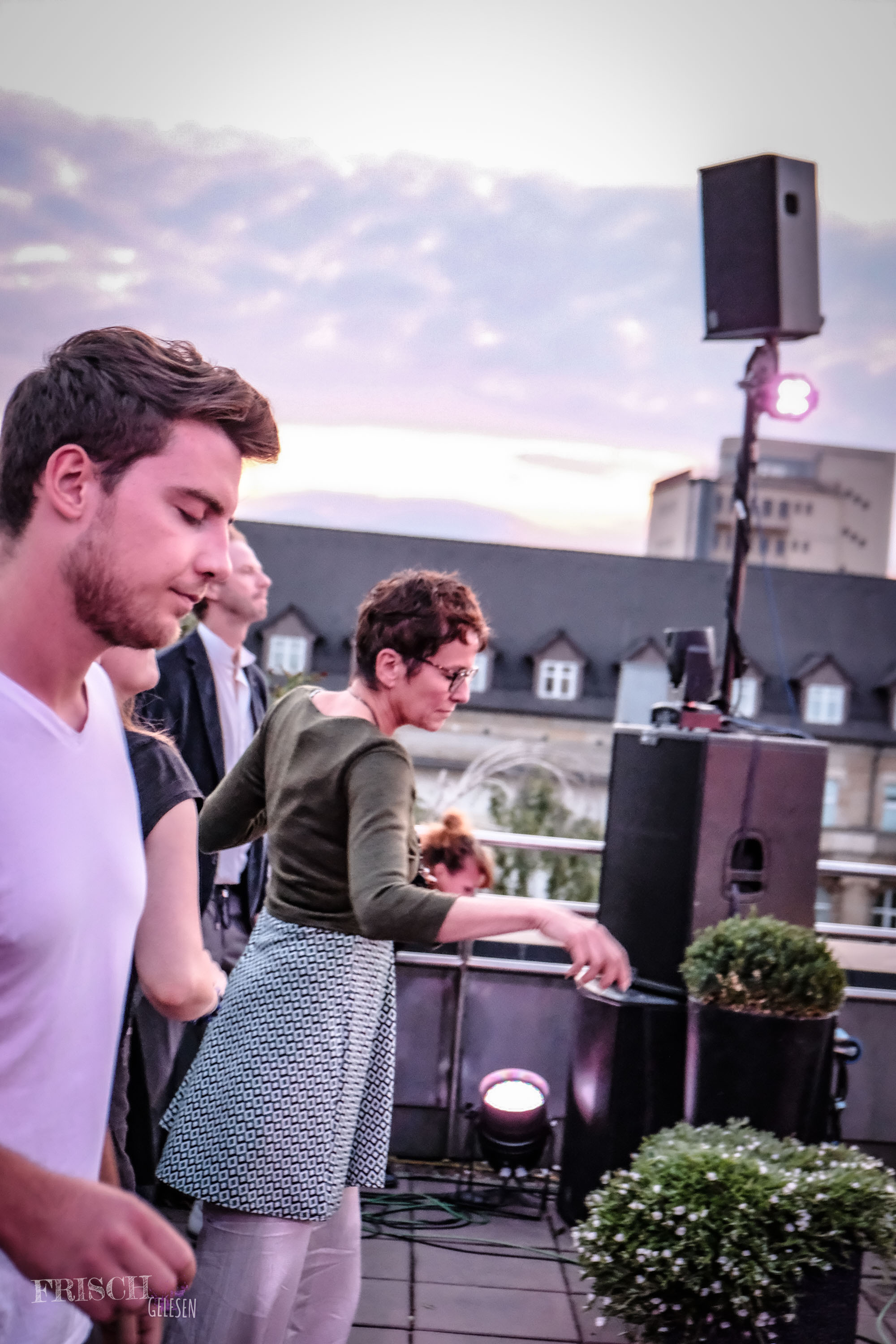 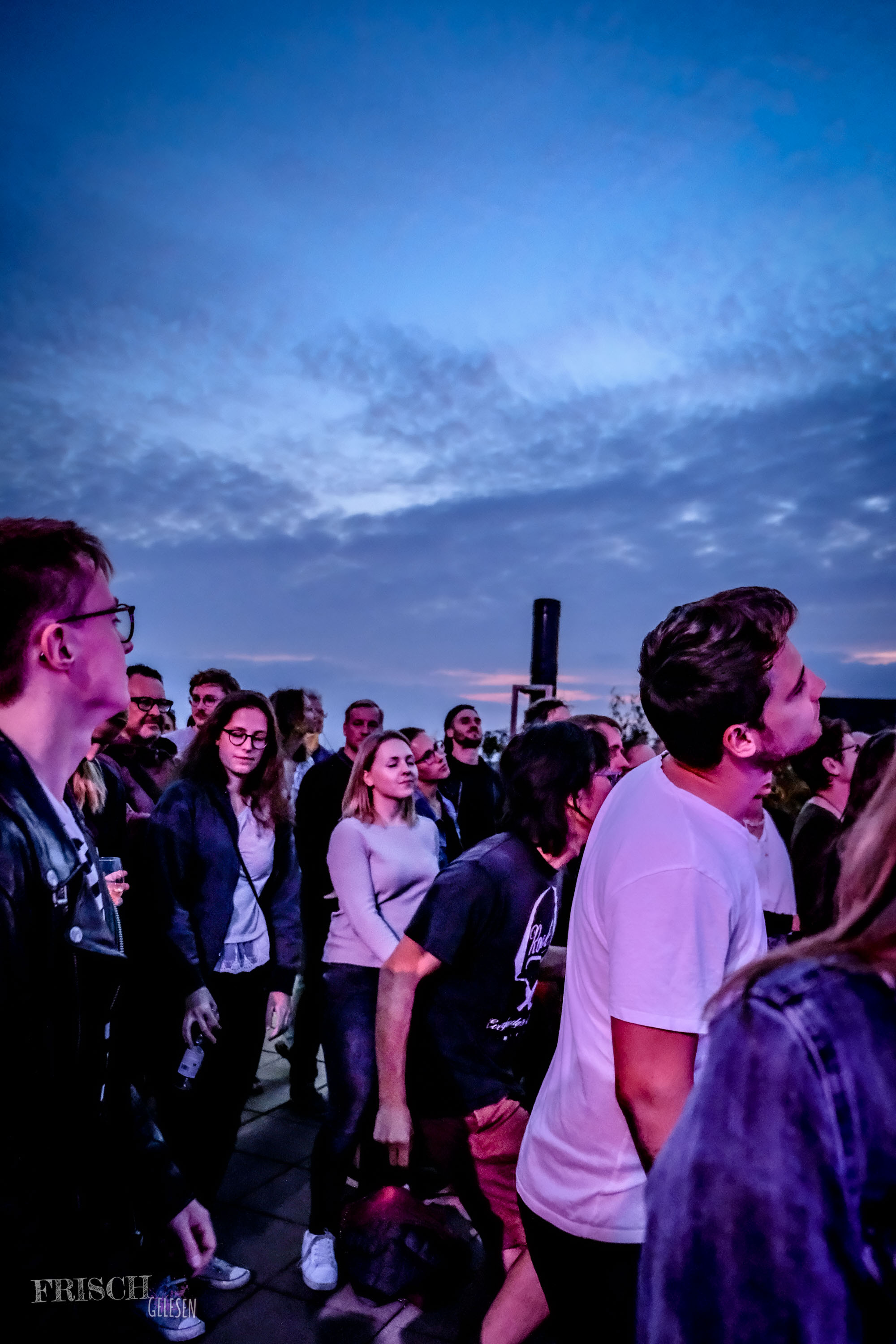 And again, Musikkombinat Magdeburg created some wonderful summer memories for all of us. You don’t get amazing concerts like this on rooftops everyday, especially with such extraordinary vibes and music! That’s what I call a perfectly spent summer evening. 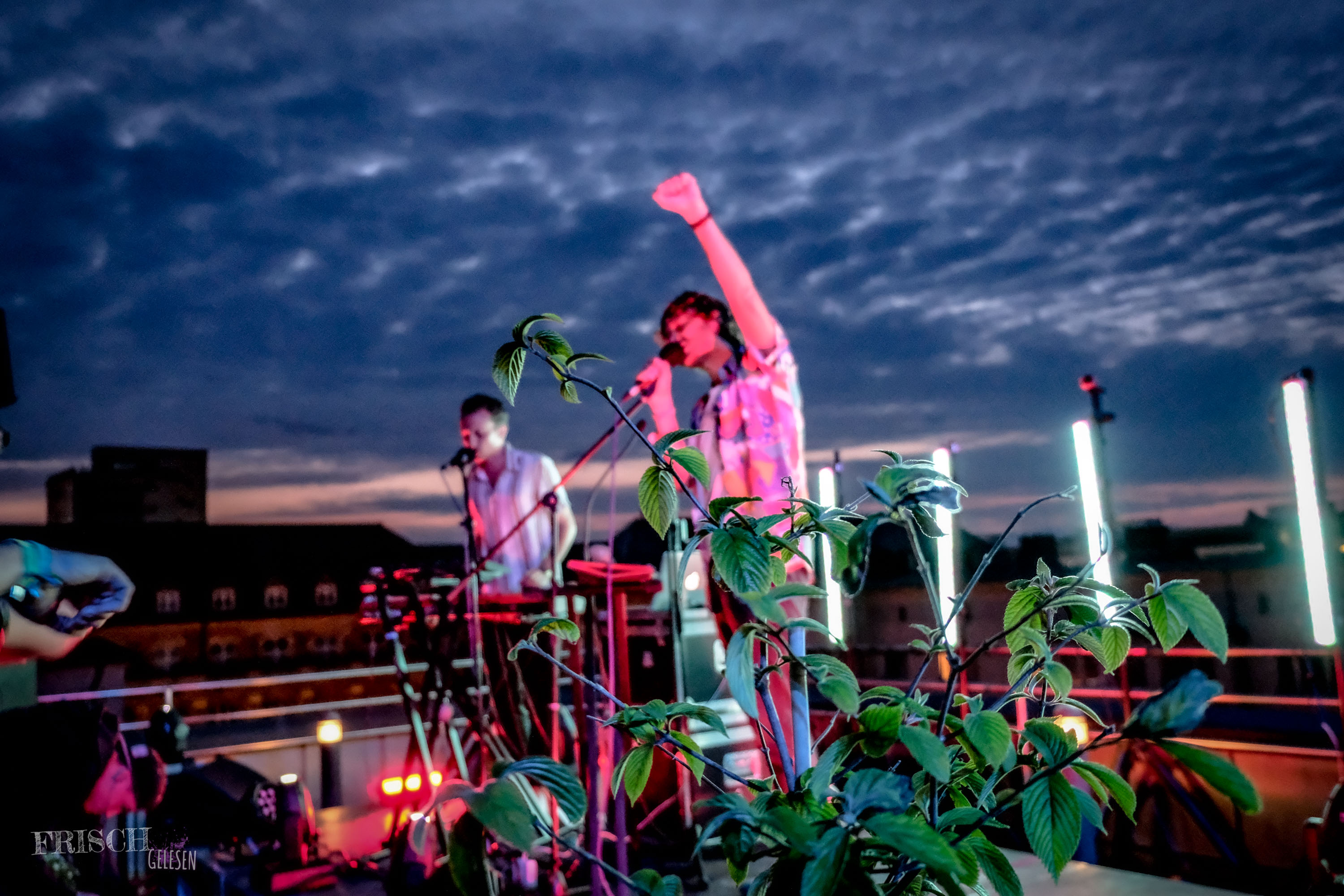 Already before I even went to the concert I had listened to the music that was going to be played on the concert. When I was getting ready for the evening „Hanoï Café“ and „Salade de fruits“ already sounded through our house and I applied my mascara while dancing through my room .

And although I was already fascinated enough, the two Frenchmen convinced me even more. Electronic Pop, that completely transports you into another world, maybe to Toucanopolis, an imaginary place Bleu Toucan created. Their lyrics are sometimes Frech, sometimes English and they have really danceable tunes and beats. Simply perfect to dance to it on top of roofs. 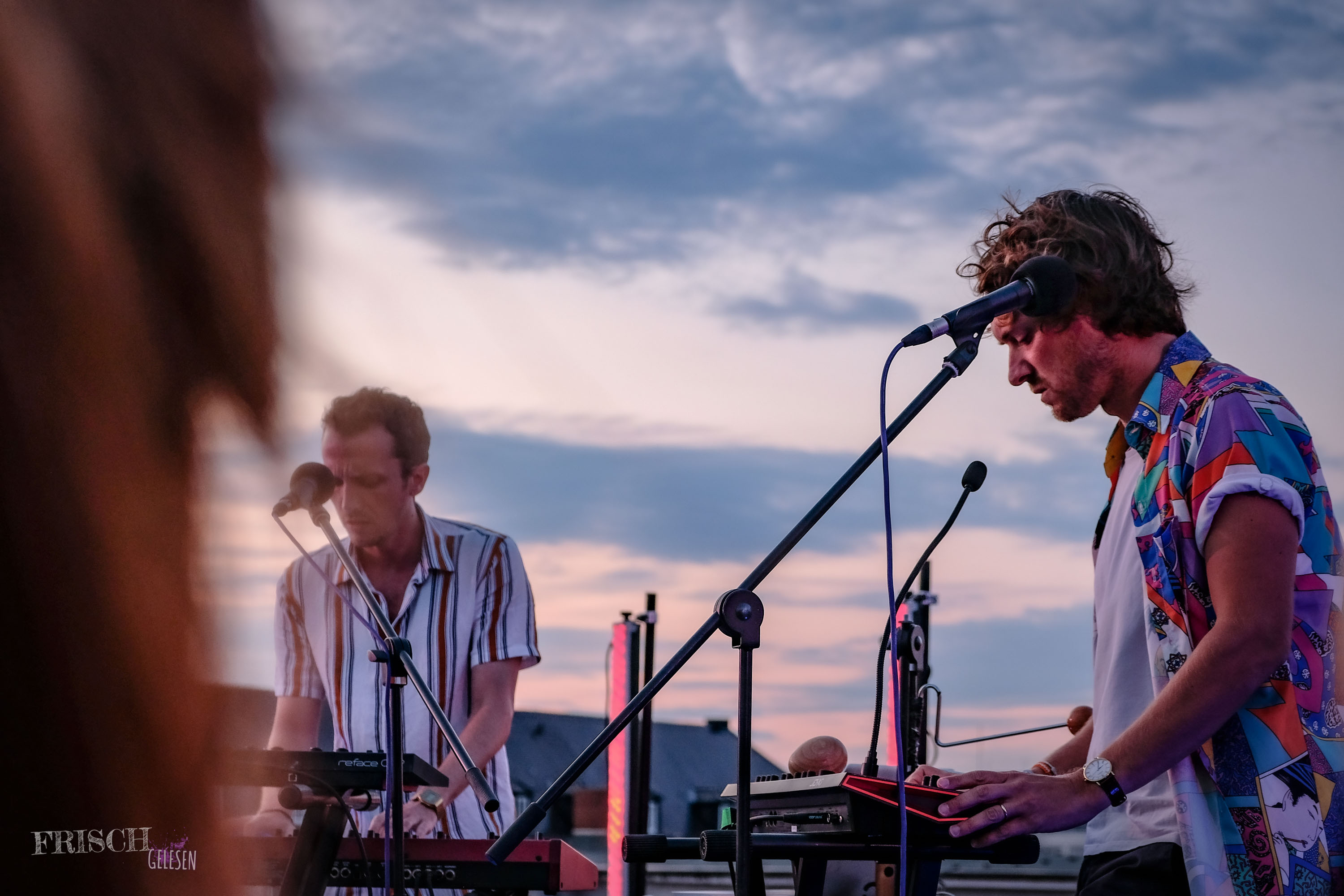 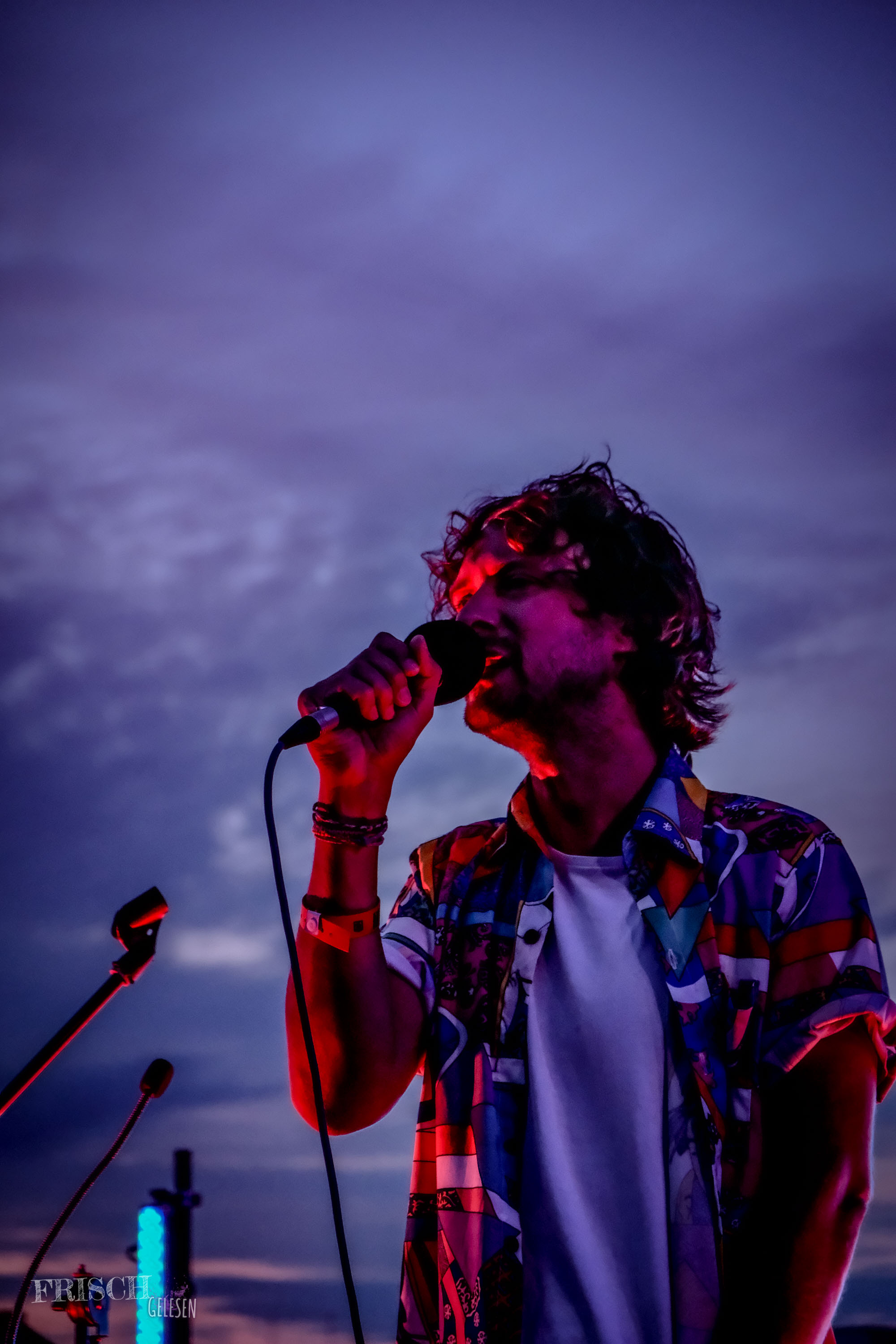 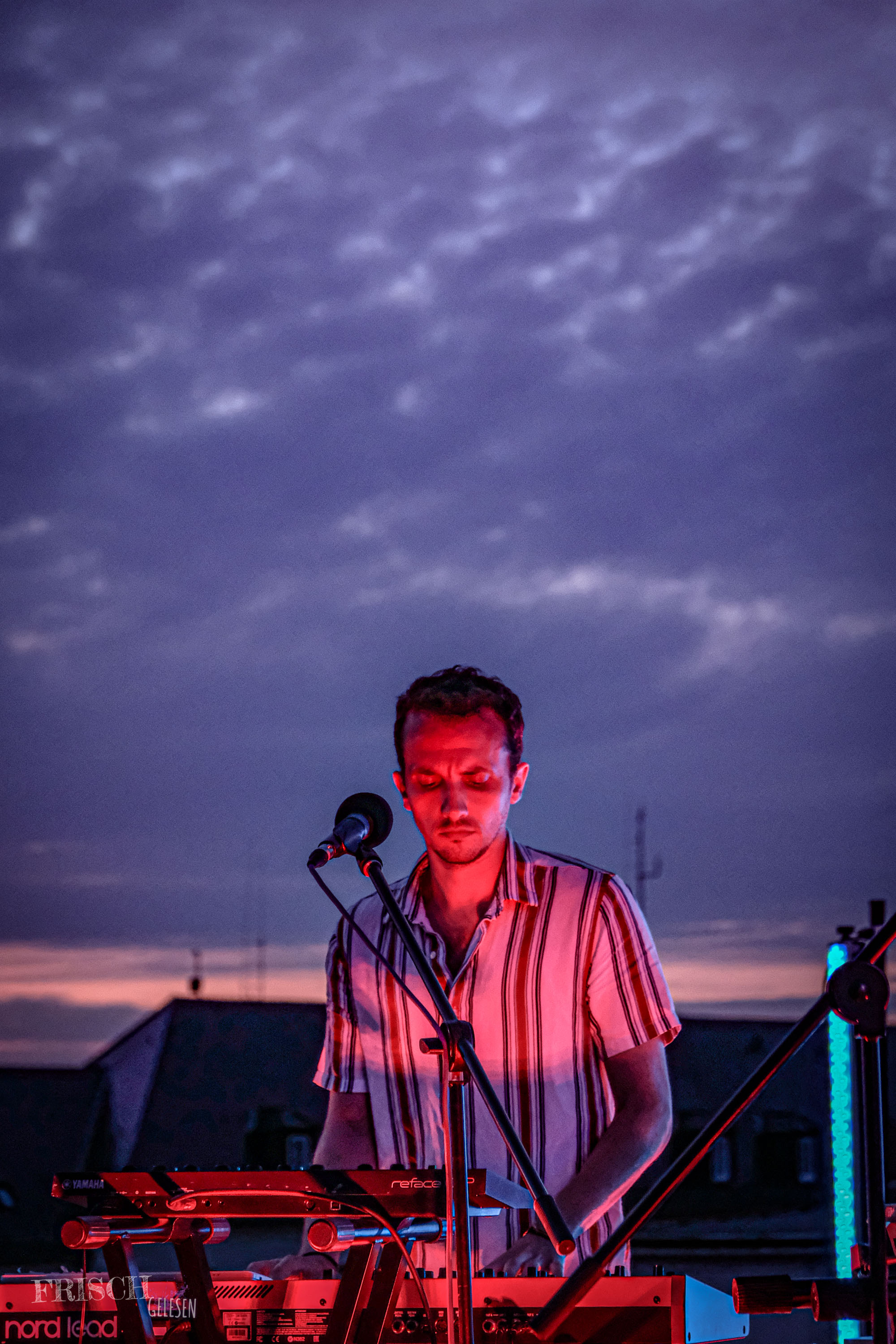 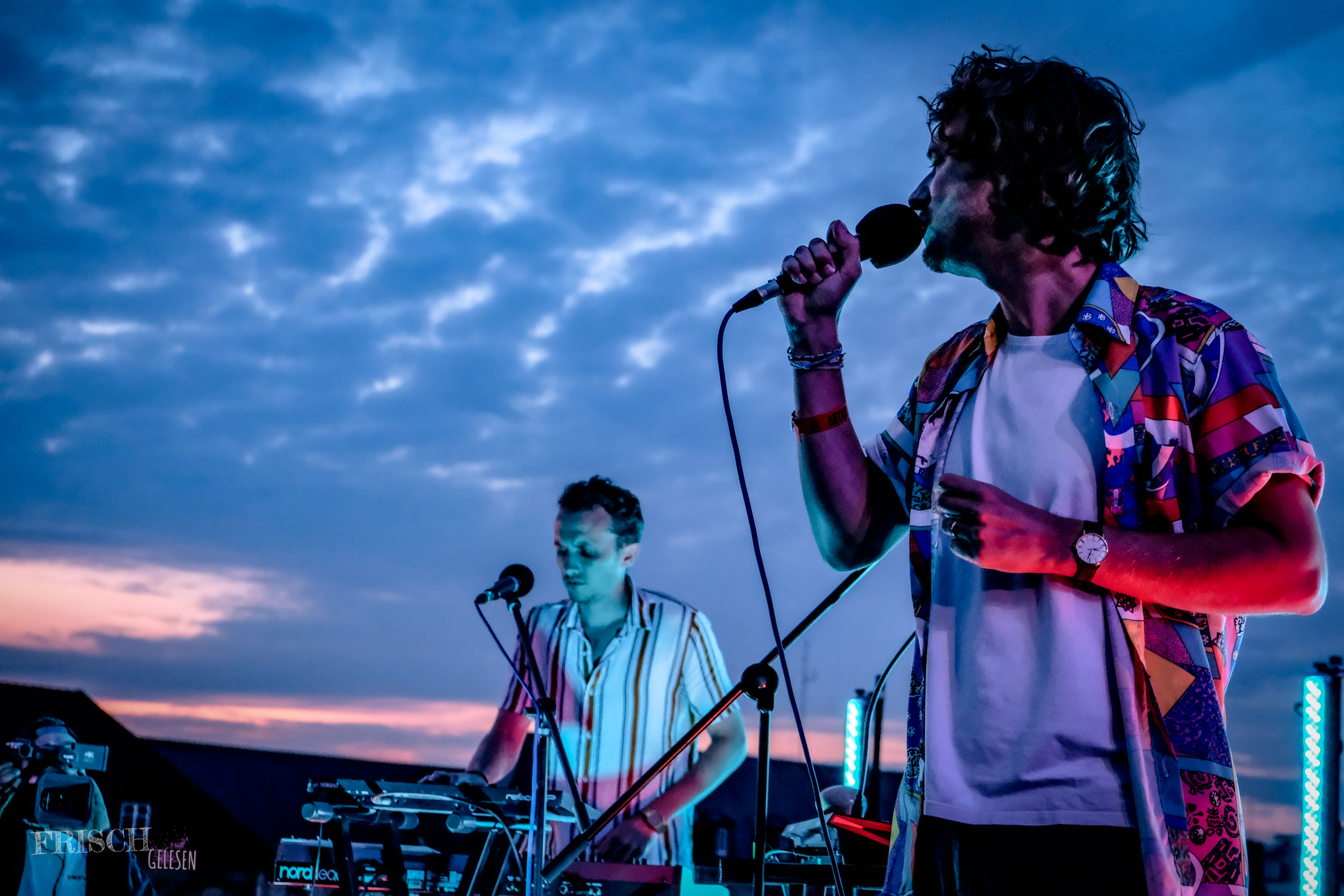 After the concert had finished I had the opportunity to meet the two members of Bleu Toucan. It was their very first gig here in Germany and they appeared to be really happy about the music-loving, dancing audience they had here in Magdeburg. So apparently, we are great concert people! 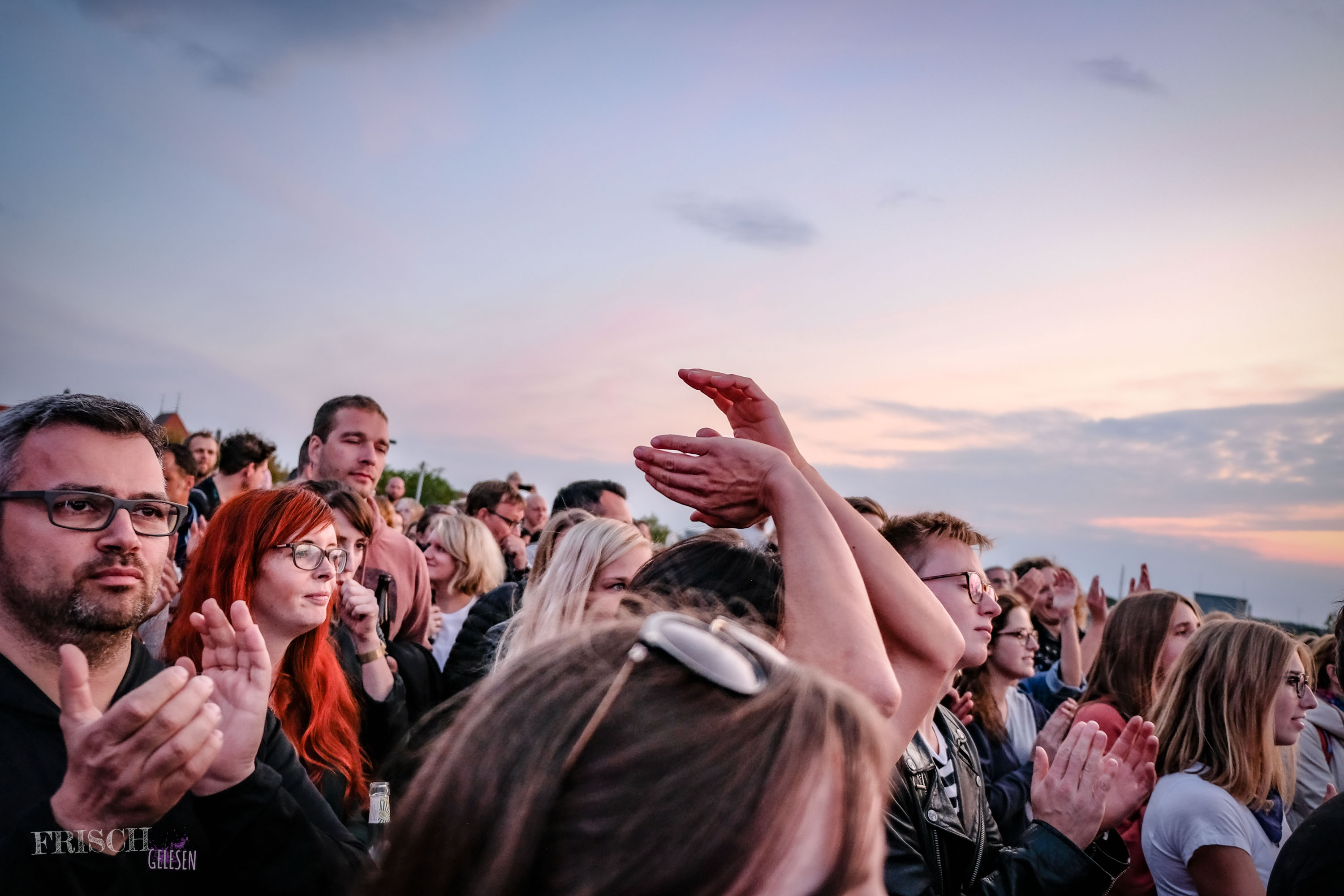 Emmanuel and Leo, the faces behind Bleu Toucan, were totally sympathetic. We talked about music and I learned a lot of interesting facts about the Electro-Pop Duo. Both of them originally started in separate music projects, but then they met at a music competition in the French capital Paris and then they started creating Bleu Toucan. The love and admiration for music has been there for so long already, they told me, and they always wanted the dream of making great, positive and also danceable music to come true. Together they finally made it and now they make music-loving hearts happy for about four years already. 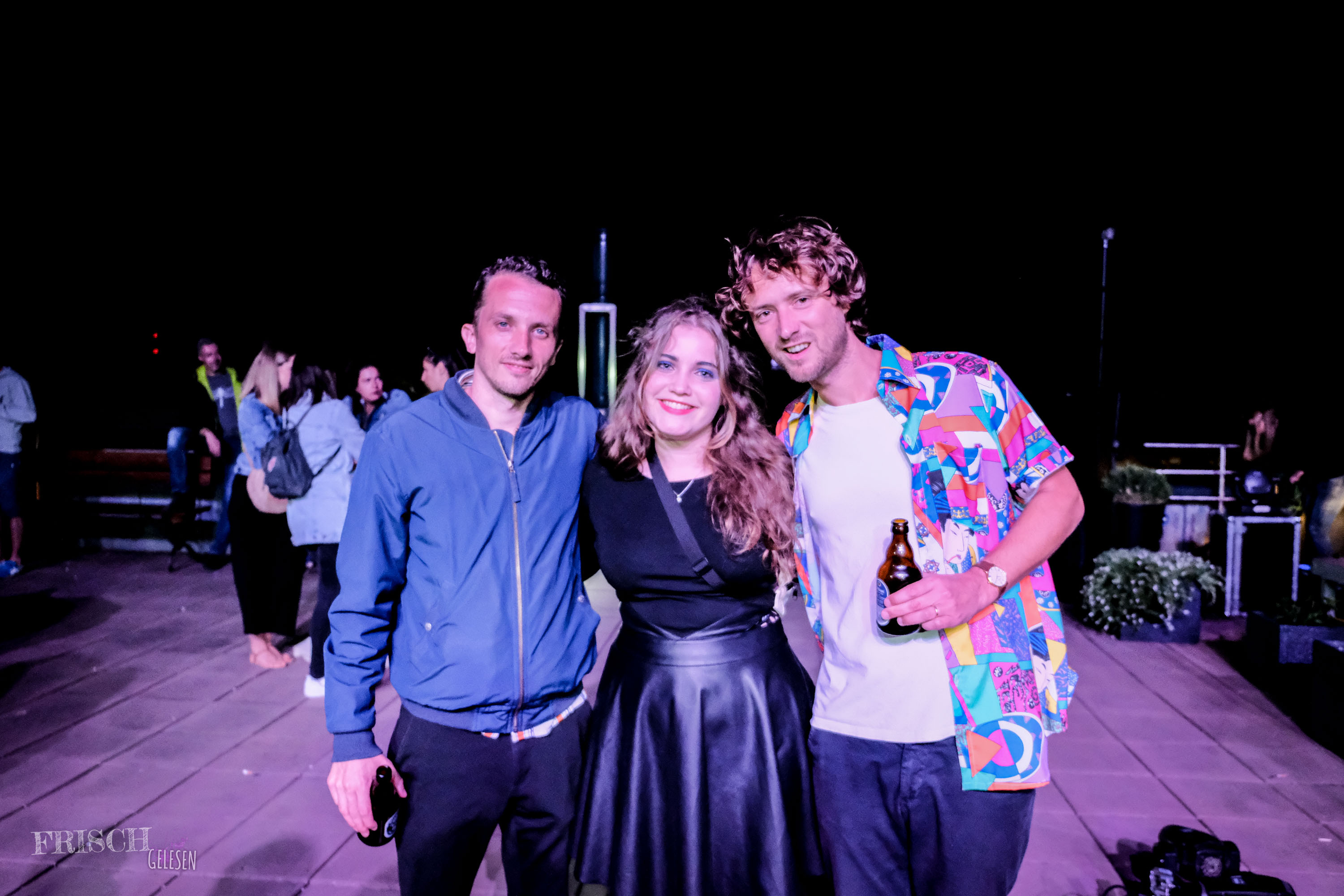 Every summer has its story, right? And since last year my stories always include great memories from the gorgeous events and concerts by Musikkombinat Magdeburg. You get to know so many new things, just by going to concerts: unknown places in your own hometown, new, interesting artists and simply lovely people. I can’t thank you enough for that! The beloved Magdeburg gets even more lovely just because of you…

… and after the concert is before the concert! That’s why I am already excited for the next one! Maybe I will see some of you next time? 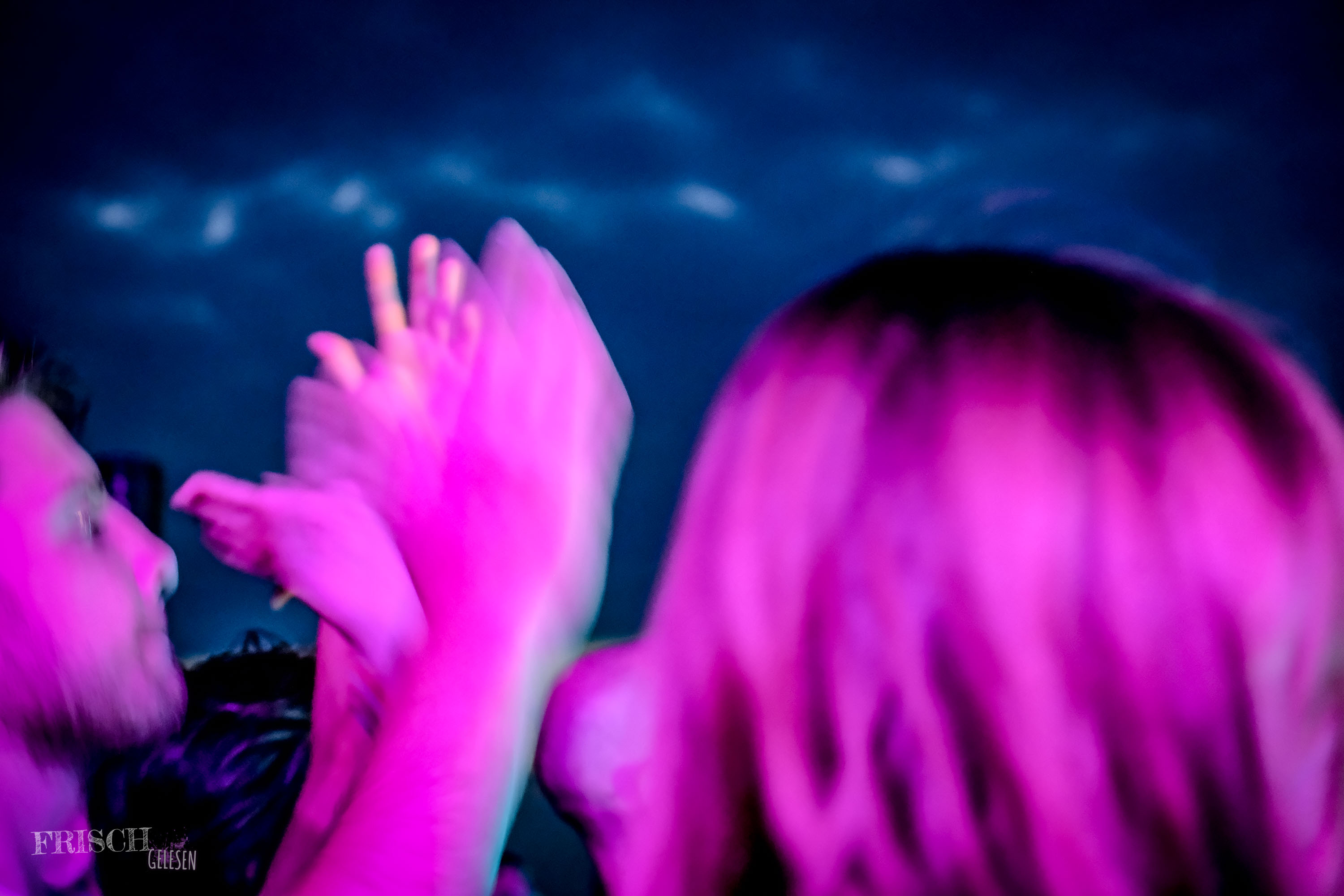 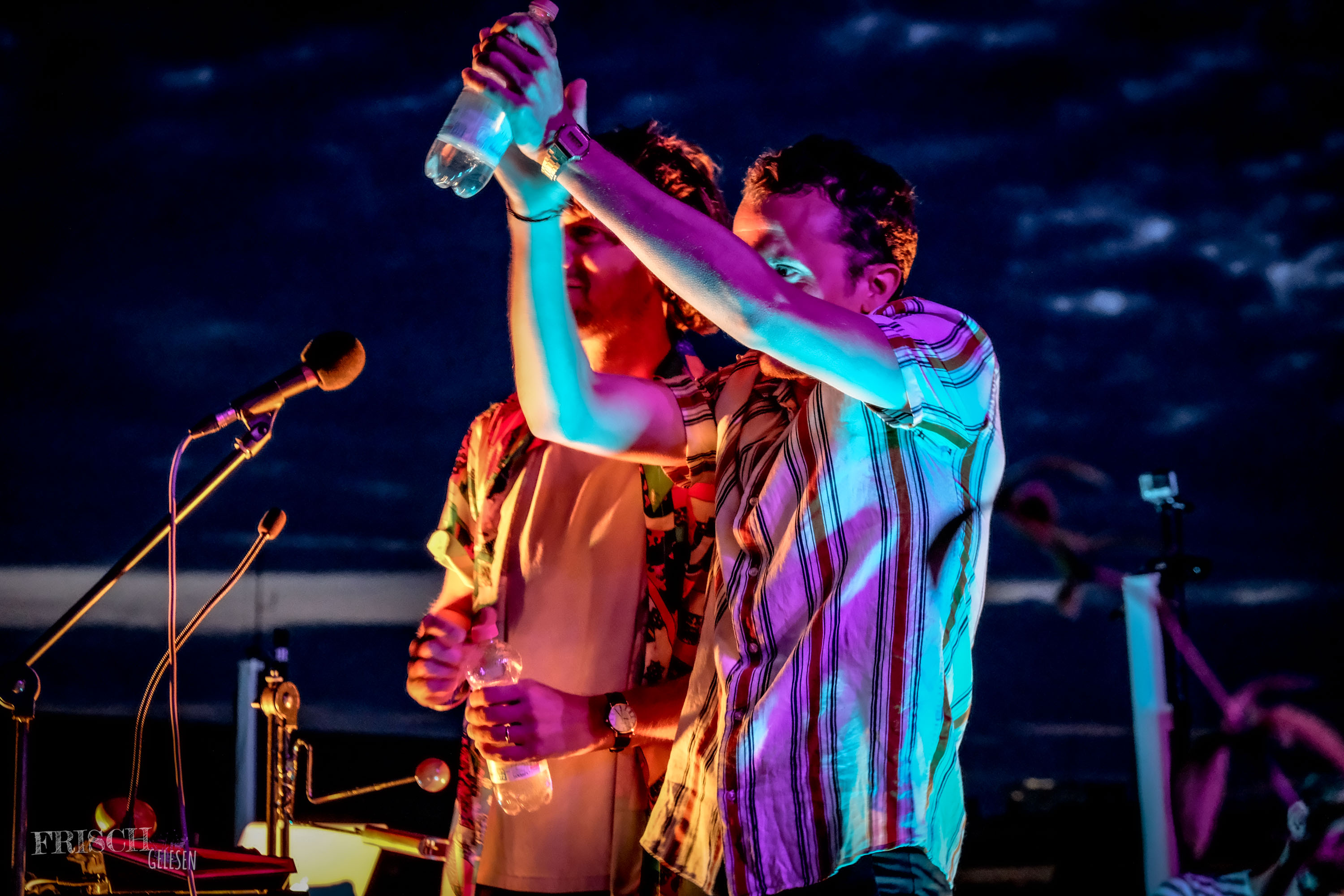 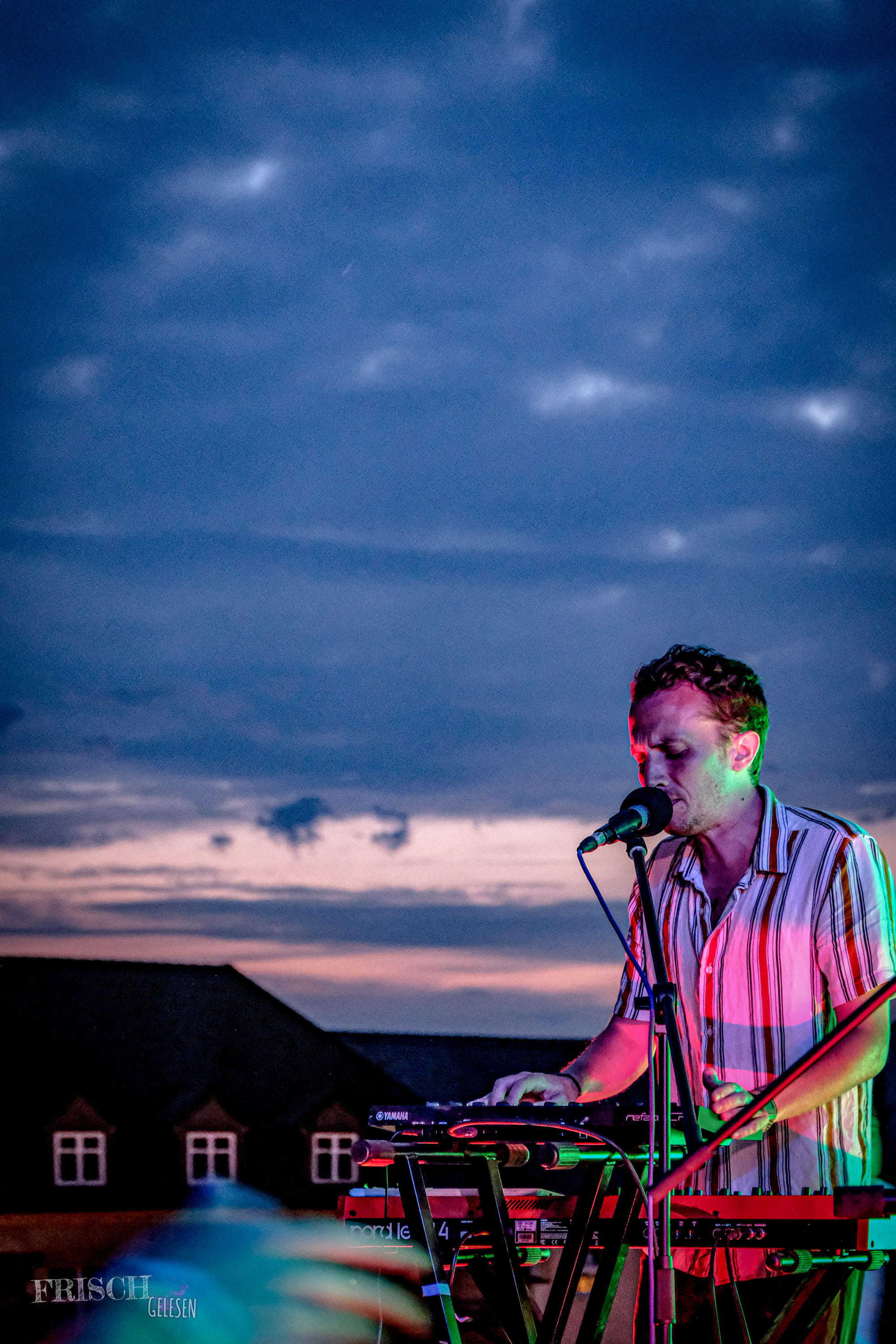 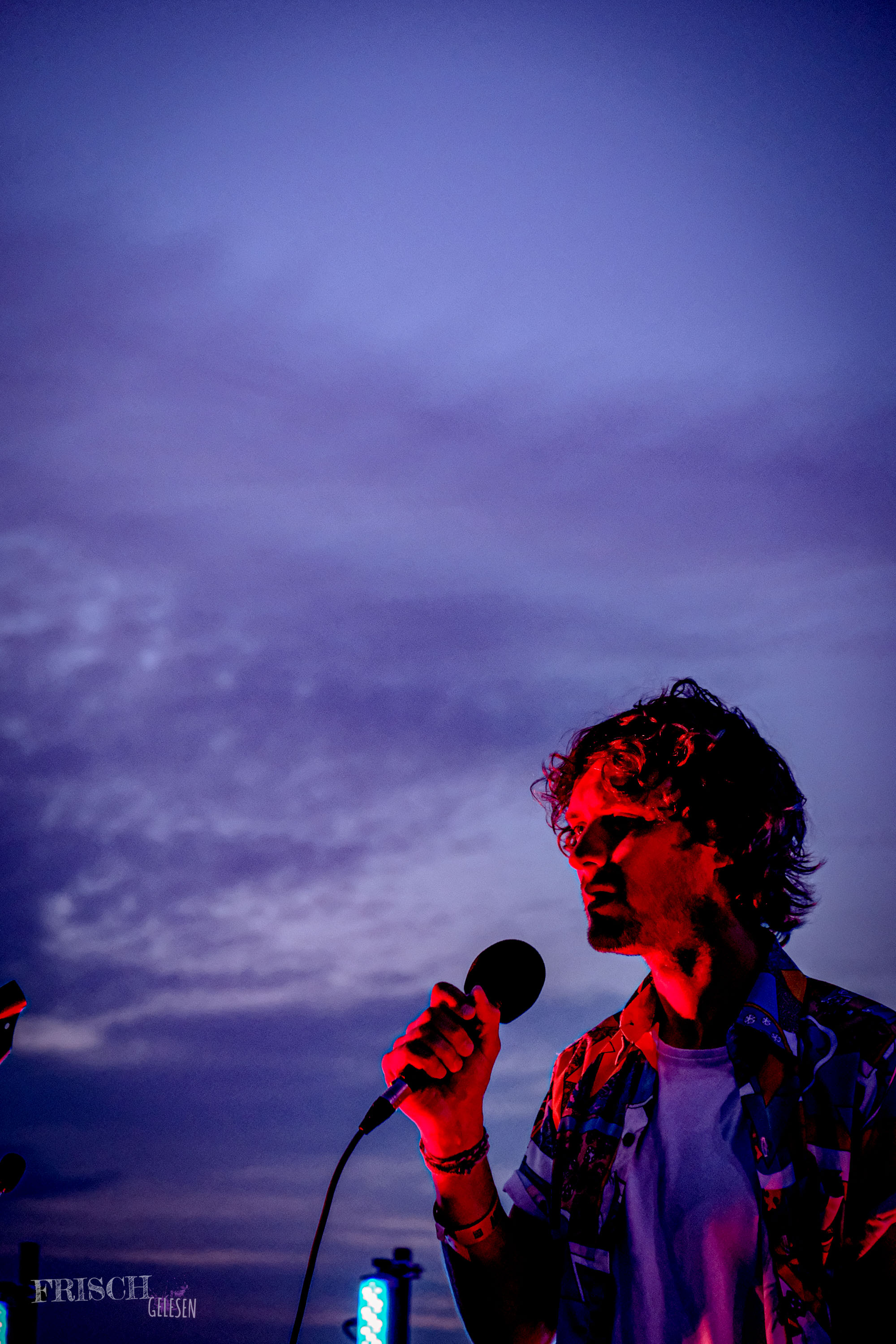 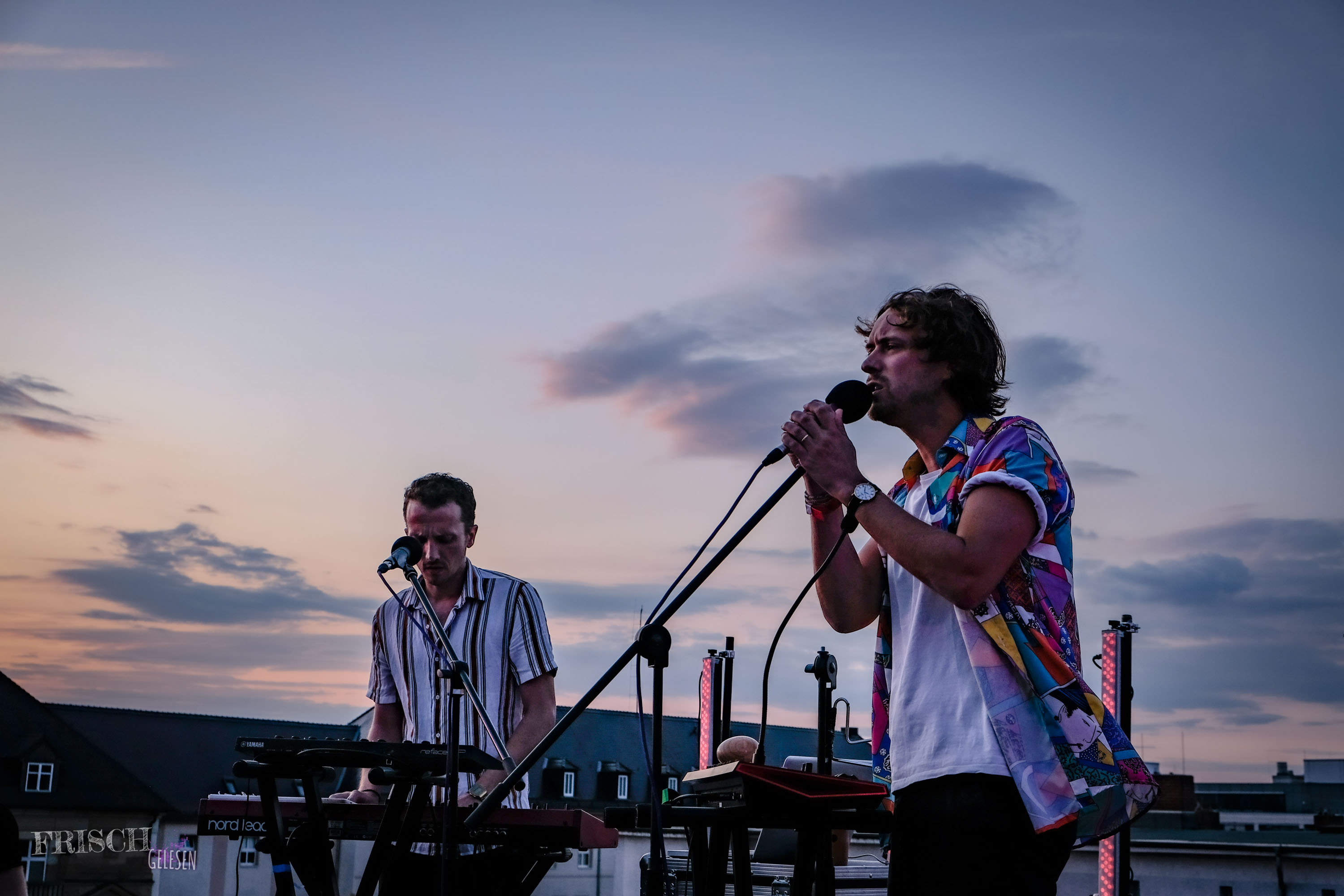