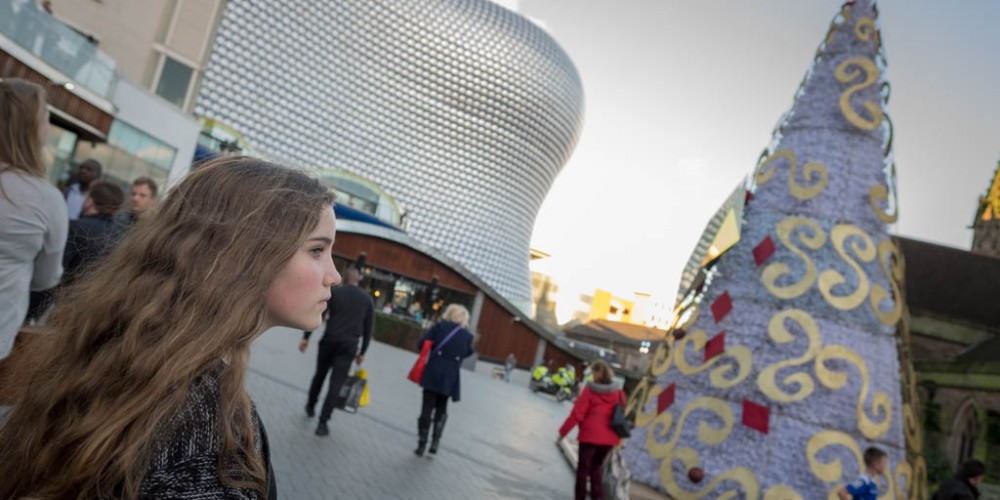 Why I tell this wish exactly now, may be clear for some of you. I wouldn’t be me, when I wouldn’t write anything about the terrible happenings of the last weeks on my blog. Also a world of a 13-year-old isn’t only about book, baking cakes and new shoes. No?

Well, who is following me for longer, may have noticed: Charli also thinks about what happens in the world and so much has to be changed rapidly. And we might be not as powerless, as we think at the moment. But I want to explain this.

On our departure day we went by taxi to the airport.

It was the most instructive taxi drive, I ever had.

erst it was the nicest taxi driver while our whole stay in Birmingham and we talked with him for the whole 30-minutes-drive to our destination. At the beginning it was about almost everything and we came to the topic of religion and foreigners.

The driver was believing moslem and told us much about his religion. But the most important were his words about human love and respect.
Because he said, that we don’t need to eat the same or to believe the same things. But: We all have to show respect. Missing respect and contempt are reasons for hate and violence. You can’t buy respect somewhere – and you should know it as a part of us everyday.

A world with respect

For example he said, when our home would be on fire and he would be our neighbour, it should be no matter what who is believing, he would help us. Without any waste of time! And that’s what he wants us to do, too. We humans should adore us and we shouldn’t destroy ourselves.

And another thing: He was such a happy guy. Without all that grumpiness, which I see so often and who is infecting us sometimes, too. You know what I mean, don’t you? In a world of respect people would be much happier obviously. Imagine this, everybody’s happy and nobody hurts anybody.

The taxi driver seemed like a message to us. That doesn’t mean, that I want to belong to any relief now. No, I stay with my point of view, that you don’t need to be believing to love people or give them enough respect.

It already starts on the schoolyard.

Maybe already earlier, because it has to do with the education, too. Exclusion amongst us starts very early, maybe this is human. I don’t know.
I want to try now to be more of the Birmingham taxi driver. Unfortunately, he can’t go through the whole world and tell his message to everybody, but maybe it’s enough when he talks with his taxi guests, like us. And they will take the message home and spread it out. Like me now.

And when you also go on, we may have the chance to make the world a piece better, because we are the future, the coming generation. Of course I also know, power and money do have a very big role in that world, but we shouldn’t be resting, right?

The events of Paris touched us especially, because they are so near.

But in some parts of the world there are things like this happening everyday, we should not look away, just because it’s further away. And we mustn’t get lost in fears, because then the terror reached its aim and that’s why the pictures of a „living“ Paris or Beirut is really touching more as only the sign of sadness. Also this means to me, a world of respect. A living world.

And that’s why my blog will fast go back to the „normal“ things. But I hope, that I or the Birmingham taxi driver was able to make you think about our world and time.
Let’s start the respect thing today and we should do it like this artist in Shoreditch:

„Lets Adore And Endure Eatch Other“.

2 Responses to "I want to live in a world of respect!"