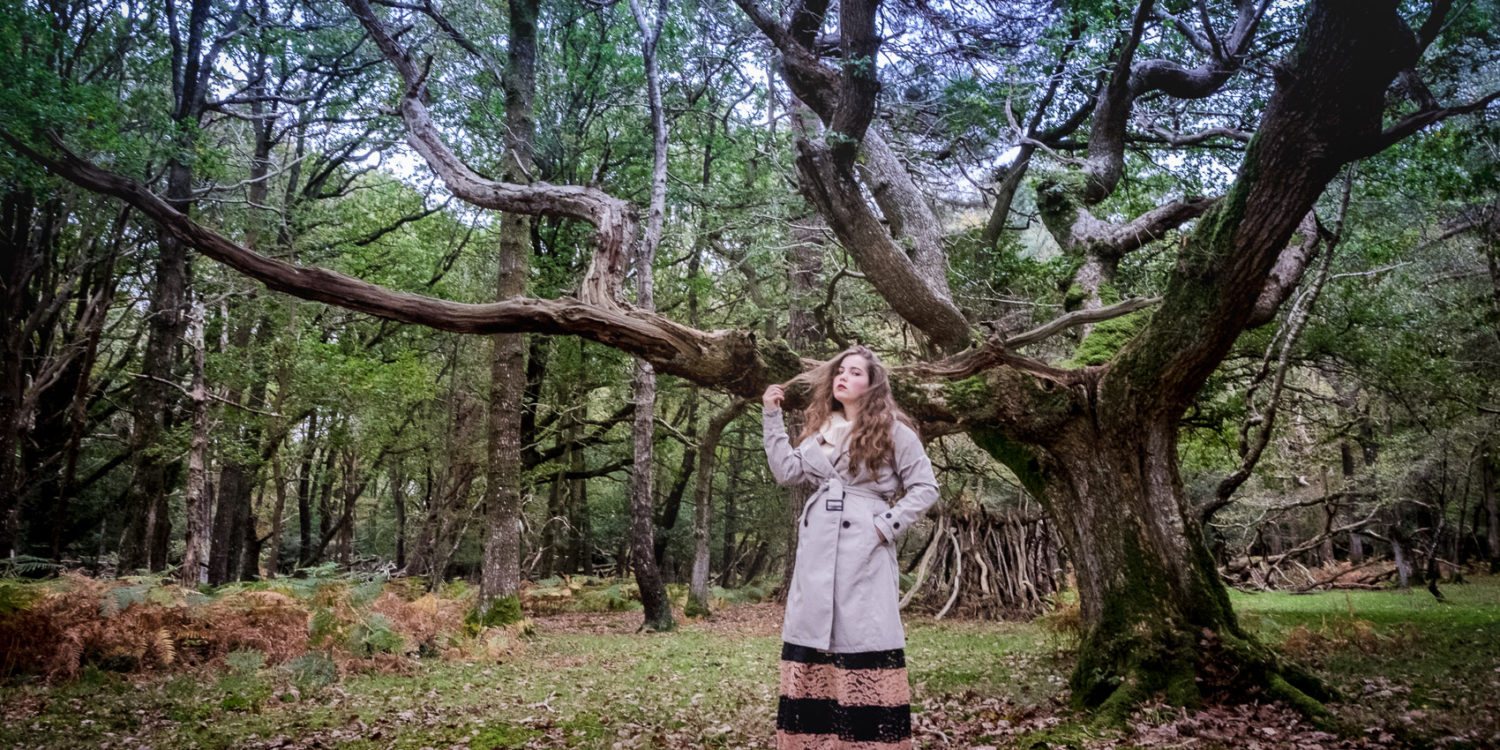 That’s the cool thing about a road trip, you never know, what there will be waiting for you at the next stop. And because a road trip also never goes to plan, you don’t get my stories about England in a chronological order, but today I take you with me to the New Forest. Actually, our fourth stop, if Dunkirk counts.

Until then I didn’t hear anything about the New Forest and that’s simply unbelievable. The region there is like a dream, absolutely British and magical.

I haven’t because the New Forest is famous for its free-range ponies and other animals. While driving along the forests, you will see horses again and again. They are standing in the middle of the trees. Just like it is normal. It’s like in a fairytale forest, only fairies and unicorns are missing. But I’m quite sure, they’re there, too. You just have to search carefully. 😉

Usually, forests seem a bit scary to me. But these forests were so picturesque and peaceful, that I was surely convinced to spend my year abroad there. No, of course not in a forest. But here there is a wonderful college, which I will tell you about in a future post. And this, just like the fairy tale forest New Forest, absolutely blew me away.

That’s why my story today should be actually called:

One who set forth to study the studying.

At this point, I want to tell you the reason of my England journey.

For some time I think about going to school abroad for some months. And I was always sure, that I want to experience this in England. For me such a stay does not fall under the motto „Mainly-being-far-away-from-home-and-experiencing-the-most-possible-parties“, but I literally want to do something for my education. OMG, Charli is a nerd. Well, maybe a bit, but a kind one. 😉

That’s why I busied myself with British school system and picked some schools, which sounded interesting to me. Also, my daddy wondered a bit and noted some smaller private girls‘ boarding schools, which matched his little daughter perfectly, as he thought. Ah yes, that’s great, daddy. I don’t really know, what he is feared of and why he prefers a girls‘ school, but his and my imaginations of a good school are obviously a bit different.

Maybe parents are just thinking about you finding a British young man and never coming back home again.

Kate and William also met at a British private school, didn’t they? Okay, at the moment there is obviously no royal successor at my age available, so I actually don’t need the private school with fees from 40 000 Euros per trimester. Safed money! Well, not really. A good college also costs some money, but in England there are also really cool state-run schools, which can keep up with the private schools. Already the offered courses are worth their own post and the way of learning is very different to the German school systems.

To cut a long story short: Whilst my week in England I did a kind of school casting. Three schools were shortlisted and those were observed live and in color. Also, the regions were important to me, because I want to feel comfortable there.

The New Forest has won this casting.

This British national park has stolen my heart!

Now you definitely know, why stylish rainwear is very important to me now and why I chose this raincoat from Happy Rainy Days. Even when I will attend to a drama play in England, a glamourös lace skirt will fit my trench coat.

By the way, I also walked through Lymington in that outfit and nobody thought it was strange. Maybe because singer Birdy was/is living here. So they are used to forest fairy styles there. Birdy also visited the college, which I was „fallen in love“ with. Coincidence or purpose? I will find it out. 🙂

Who has already did a year or some month abroad? Tell me your experiences! Whether good or bad, I want to know everything! 🙂

4 Responses to "New Forest – A fairy tale forest in England"