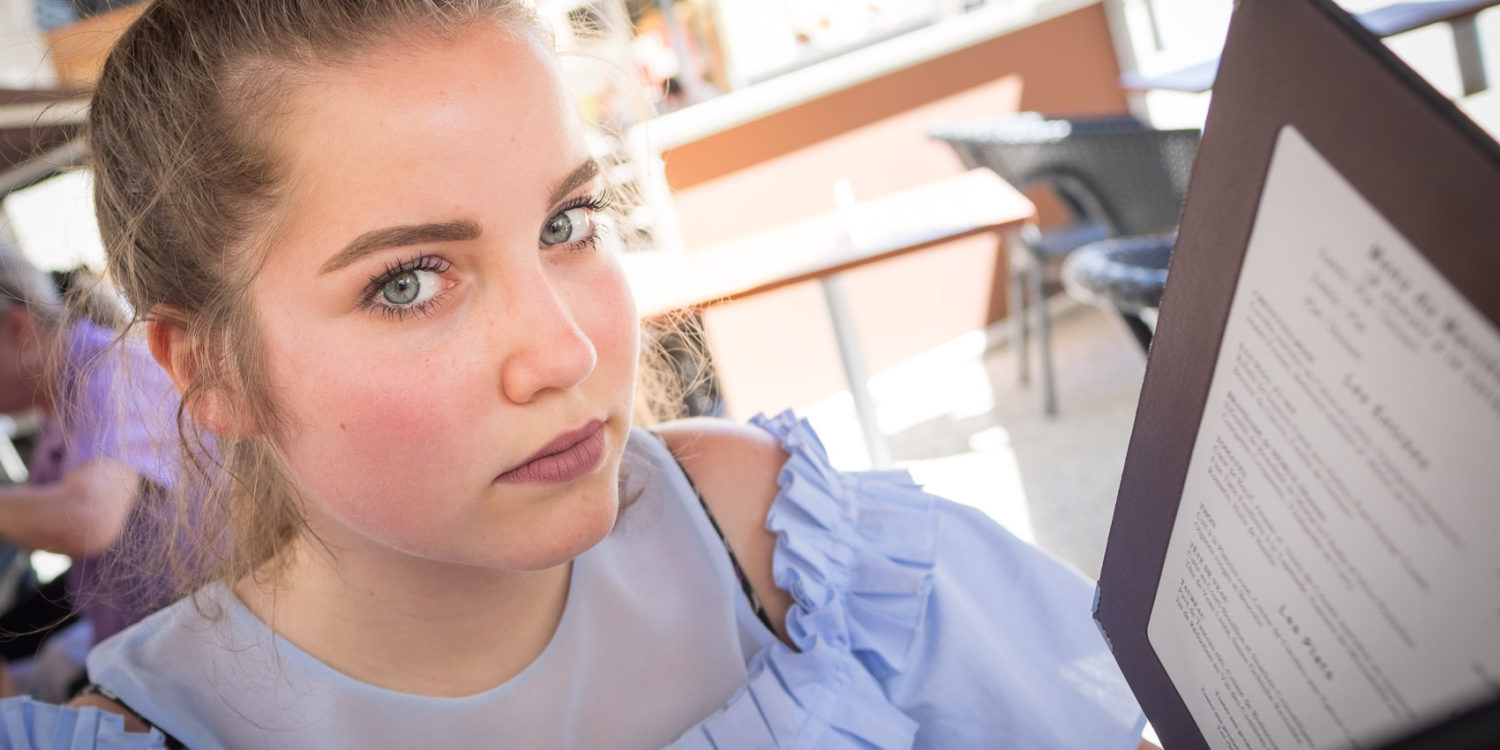 Yes, I have to admit, the headline is a bit confusing: „In Nîmes with Sandro“ sounds like I visited Nîmes with a good, old Roman friend. And it is not that wrong actually, because I was there with Sandro and the Romans also have something to do with that.

But, Sandro is a dress here and Nîmes now isn’t in the hands of the Romans anymore. 😉

Well, the blue dress on the photographs I bought a few days before at a Sandro store and I already wanted to wear it in the holidays, of course. I had already mentioned, that the heat was almost intolerable, unless you wore a light dress. I really felt sorry for Daddy, but there also had been the possibility of wearing a tunic dress, just like they used to wear in the former Roman days of Nîmes. Finally Nîmes was conquered by the Romans back in 121 a.Chr.n. And they left impressive footprints, those Romans.

I am always happy to find latin inscriptions on walls of those buildings, because I chose Latin in school. There aren’t many possibilities of using this language, unless you are in Rome and someone greets you with „Salve!“. This is fancy! Somehow it can mean both, like „I am greeting you“ or „Stay healthy“. Well, while talking of this: I hope you are well!

I was really impressed by the Arènes de Nîmes!

Most impressive were the building itself and the fact, that it looks this good after 2000 years. When stepping into it, you are stepping into history. If you use your fantasy, it’s like a time machine and for the gloomy feeling there are the audioguides. Get one, if you visit the monument!

But I was not able to walk through the building without thinking of all the people and animals, who died in here, just for the entertainment of the spectators. What did it feel like, when you knew, that you have to fight and kill there in the arena, to survive? Everything with the background of people yelling and their loud cheering. I couldn’t imagine it, could you?

In the past the Arena was filled with the sand, which had to absorb the blood and the terrible smell. This was terrible, I think, but people then loved that kind of entertainment. Everybody wanted to join. Sometimes the gladiators were celebrities among the population. What a luck, that there was no Instagram in these days, we may have terrible pics appearing in our feed, if there had been.

What if I lived 2000 years ago? What if I would have been visiting the gladiators‘ fights in the arena of Nîmes? Would I have been excited?

I cannot imagine this and honestly I don’t want to. And I was even more shocked, when we found out, that there are still bullfights in this part of France. Unbelievable isn’t it? How can people like to see such an useless and unfair fight? I hope, someday it will be forbidden everywhere. It hasn’t to do with traditions. I always believed, humans evolved to wise man.

Anyway, let’s leave the gloomy past and go to the present: Nîmes is a very good traveling target.

Not only for pupils studying Latin or fans of the ancient Rome. It is a beautiful city with many glamourous shops, restaurants and the typical way of life à la française. We only spent one day there, but I think, it is possible to enjoy the city for longer.

There cute little streets and there I visited my first Souleiado shop. Remember my fashion discovery? I already told you about it here.

It was a perfect day with much history, good food and a bit shopping. The best occasion for my Sandro dress. Unfortunately I din’t meet a Roman, but this might be because my parents always looked out for me. 😉